The Children's Paul: A Life of St. Paul for Young People by J. G. Stevenson 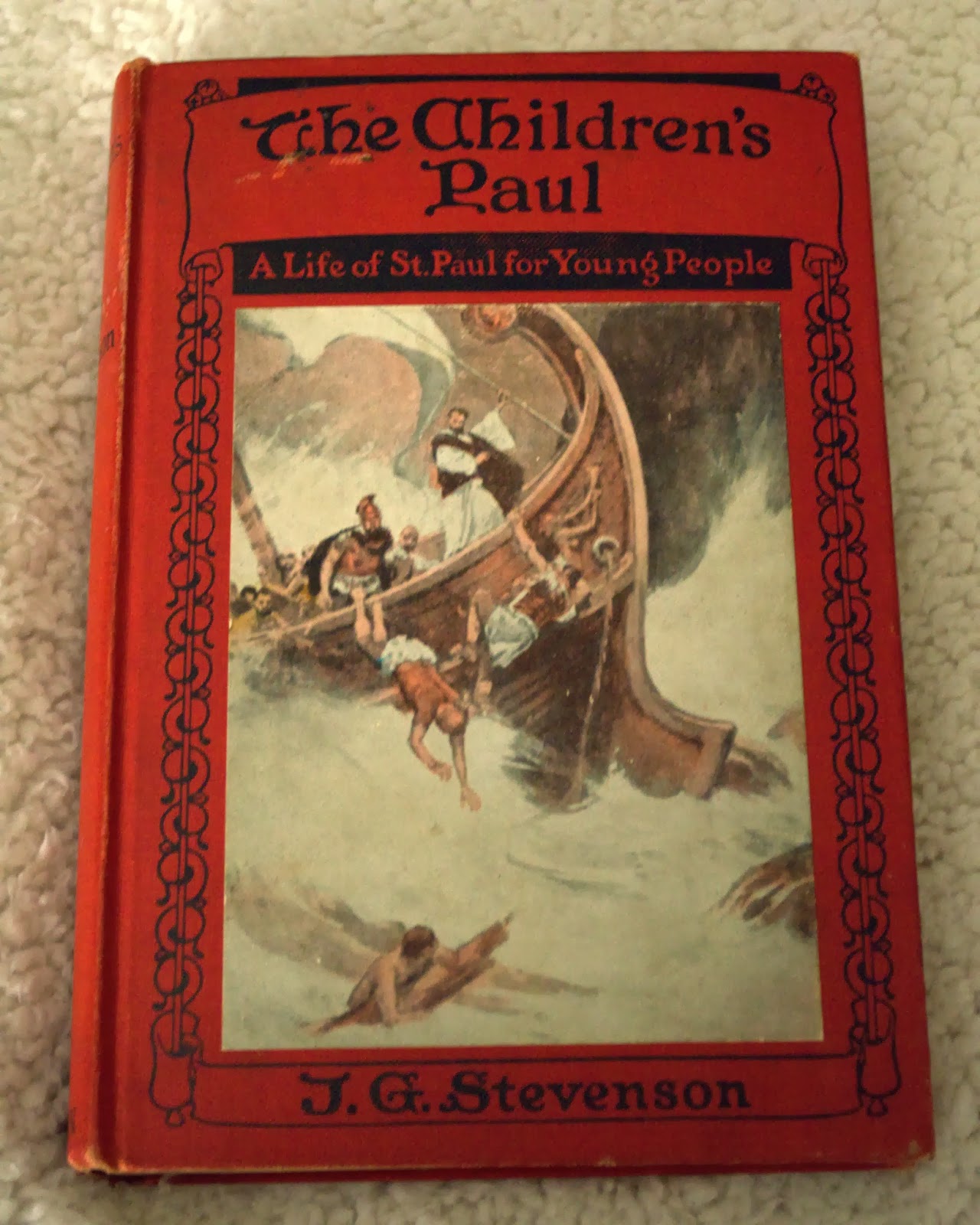 I came across The Children's Paul by J. G. Stevenson in a box of books and decided to read it just for fun. I haven't been able to figure out exactly when it was published. There's no copyright date inside and the only places I've been able to locate the book differed in their opinion of its publication date but it's apparently 90-100 years old.

The Children's Paul is the life story of the Biblical Paul and it is stunningly politically incorrect, from today's perspective. The book begins by telling the reader to imagine himself going to Tarsus, "south-east of the city we now call Constantinople." Ha! I had to look to see when the name changed from Constantinople to Istanbul and that alone was interesting as I found that long after the name was changed, writers continued to refer to the city as Constantinople ("into modern times"). So, no help there on pinning down the printing date. At any rate, the reader goes to meet young Paul, whose Jewish name was Saul. Dad was a Roman citizen, though, so he was able to alternate between the two names, depending upon the circumstances, according to Stevenson.

The thing that got me was the description of young Saul, or Paul, as a "little Jew boy."  Holy moly, that shocked me. There were some other descriptions that I suppose were accepted at the time but which will make the average American shake their head in disbelief, today. At any rate, I both enjoyed and hated the book because, while it's nice to read something simplistic for the sake of getting a quick overview (and I just happen to have been recently thinking I wanted to read about Paul), the writing style is condescending, opinionated and very much "of the times" in other uncomfortable ways.

This is an excerpt that made me laugh:

Their journey will have been difficult, for the two places were four hundred miles apart, and of course there were no trains in those days, so they had to travel as best they could, and are sure to have often become very tired indeed.  But they did not mind much, for they felt that Jesus was going with them every step of the way, and was pleased with what they were doing for Him.

The people of Paphos are not very nice to hear about.  They believed in a false goddess called Venus, who was said to have been born out of sea foam, and to have very much surprised the people who found her on the shore.  This is all right and really rather pretty as a fairy tale, though it cannot be good hearing for children who cry when they are washed.

The Children's Paul is illustrated with plates on glossier paper than the rest of the book (without any text printed on the back).  Unfortunately, the bulk of the book was printed on acid paper, which becomes brittle with age and some of the pages have torn a bit, although no pieces are missing, and some are threatening to fall out entirely. To turn a page is to do so at your peril. They can crack if you're not extremely gentle.

Bottom line:  The Children's Paul was an interesting but odd read which I'll probably toss in the box of donation books; I would not reread it.  Here's another sentence that made my eyebrows go up a bit:

Paul felt everywhere that the Christians would be better off if it was decided who were leaders among them, and if they got into more regular ways everyhow.

©2014 Nancy Horner. All rights reserved. If you are reading this post at a site other than Bookfoolery  or its RSS feed, you are reading a stolen feed. Email bookfoolery@gmail.com for written permission to reproduce text or photos.
Posted by Bookfool at 4:04 PM