Don't Try to Find Me by Holly Brown 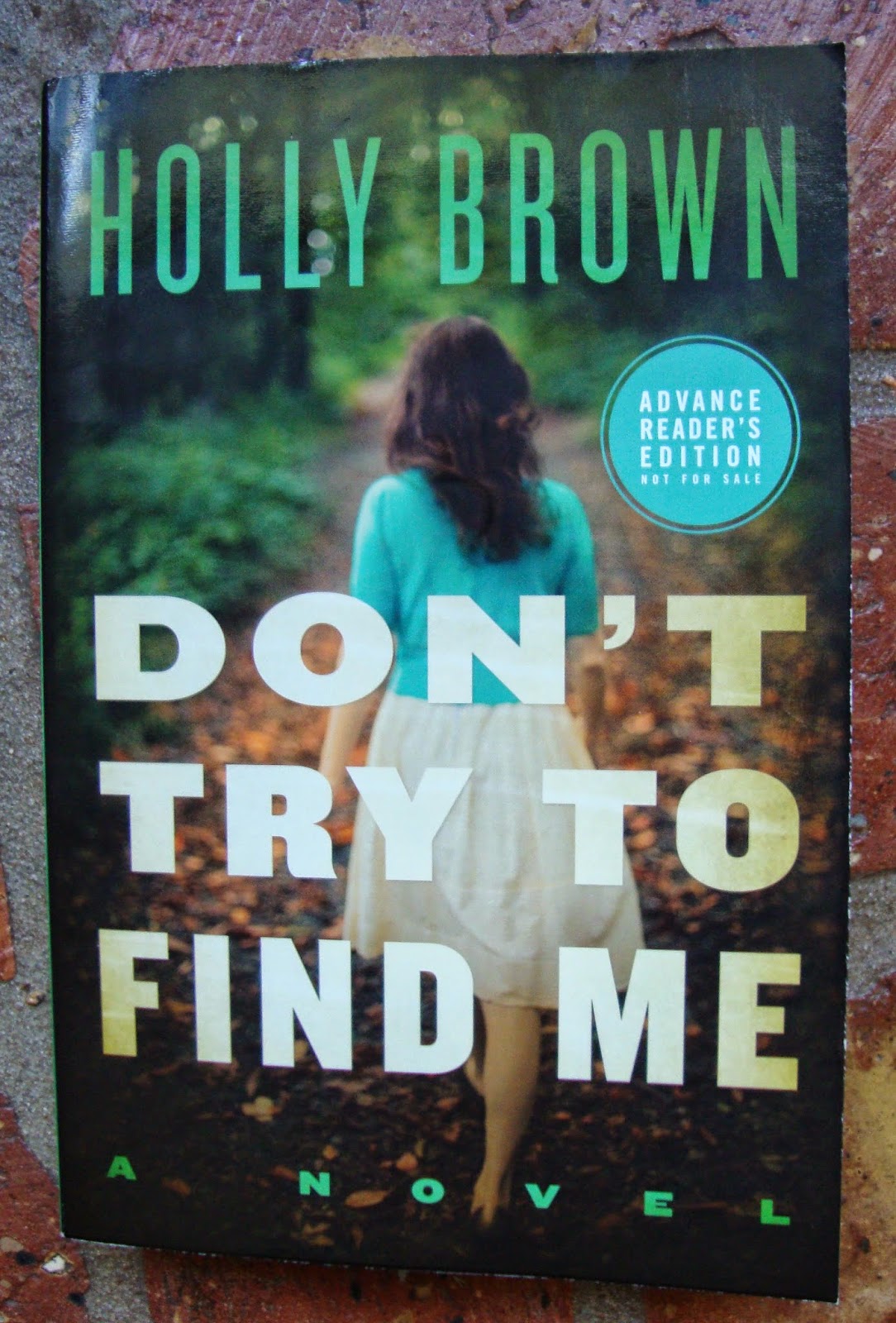 I made the mistake of picking up a book that doesn't release till July when I was trying to find something, anything that would grab me (hence the photo of an ARC taken on my breakfast nook floor) So, if you're interested in Don't Try to Find Me, you'll have a bit of a wait but I want to go ahead and post about it while it's fresh in my mind.

14-year-old Marley has run away, leaving a note on a white board telling her parents not to bother looking for her, she'll be fine.  At first, her mother is dumbfounded. Could she be talking in the silly language they used to use, "opposite speak"? Someone must have forced her to write that message. Marley's not the type to run away. Or is she? While Marley's mother Rachel bolsters herself with false hope and tries to bury her one and only secret, casting herself in suspicion, her father turns to social media, the news and the police in a campaign to make her face so familiar across the country that someone will undoubtedly find her.

Through Rachel's thoughts and a journal written by Marley, the reader follows the unfolding mystery from one end and the escalating horror from the other. Will Marley be found in time? Will Rachel's secret be uncovered?  What did Marley's father do to upset Marley and is his massive campaign to find her just a way to cover up the mistakes of his past or is he genuinely concerned about his daughter?

First things first:  Don't Try to Find Me has been compared to Gone Girl in the publicity material. Throw that idea out the window. I haven't read Gone Girl so I didn't have to worry about the burden of comparison but those who have read Gone Girl are, I observed, not pleased. They were expecting one thing and got another. Understandable.

For my part, I thought Don't Try to Find Me was suitably gripping. It saved me from a slump, after all. Written by a practicing family therapist, the author tends to use a lot of terminology that makes her background clear but masks it by making Marley a young girl who went through therapy and then was declared cured. Marley's former therapist eventually becomes important to the storyline.

Was the book well-written?  I would say it's average, as far as the writing style. It's not highly quotable, there's nothing lyrical or beautiful about it.

Were my expectations met?  Yes and no. There was enough suspense to keep the pages turning but there's a little too much build-up over issues that, in the long run, are pretty minor (the errors of the parents).  However, the author does make it clear that being young and vulnerable are enough to lead to trouble. It seemed to me the book was as much about how easily a youngster can be drawn into a truly dangerous situation because of her youth and innocence as it was about the suspense. I found the psychological aspect pretty fascinating.  Read the comments beneath any article about statutory rape, these days, and you'll find that a shocking number of the commenters think it's no big deal -- Who doesn't have sex by that age? they'll say, excusing older men for luring an innocent, as if doing so is no longer a crime because of societal expectations.

Don't Try to Find Me is a book that reminds you that youth and wisdom don't go hand in hand, that paying attention to your child and making it easy for her to share her feelings can be crucial to her safety and that, yes, statutory rape truly is a crime because girls who are not yet of legal age are definitely not mature enough to understand what they're getting into. Kudos to the author for an important reminder about an issue our society doesn't fully understand.

Recommended - A suspenseful story that fizzles a little in the middle when you find out the parents' mistakes are not all that shocking but picks up again when you realize the danger to Marley, well plotted and believable. I don't know the author's intent but I thought she did an excellent job of portraying a young teenage girl's emotional vulnerability. There are some frightening/unsettling scenes and a bit of graphic sex, another rare case in which those scenes are actually important to portraying the characters.