This is probably some sort of historical landmark after nearly 8 years of blogging -- a second week in which not a single book arrived from a publisher. That is, of course, partly because I'm turning down every offer I get, at the moment, due to a backlog of unread ARCs. But, I often give in to review requests, even knowing I have too many books to deal with, so I'm pretty pleased with myself.

This week's arrivals, all from friends: 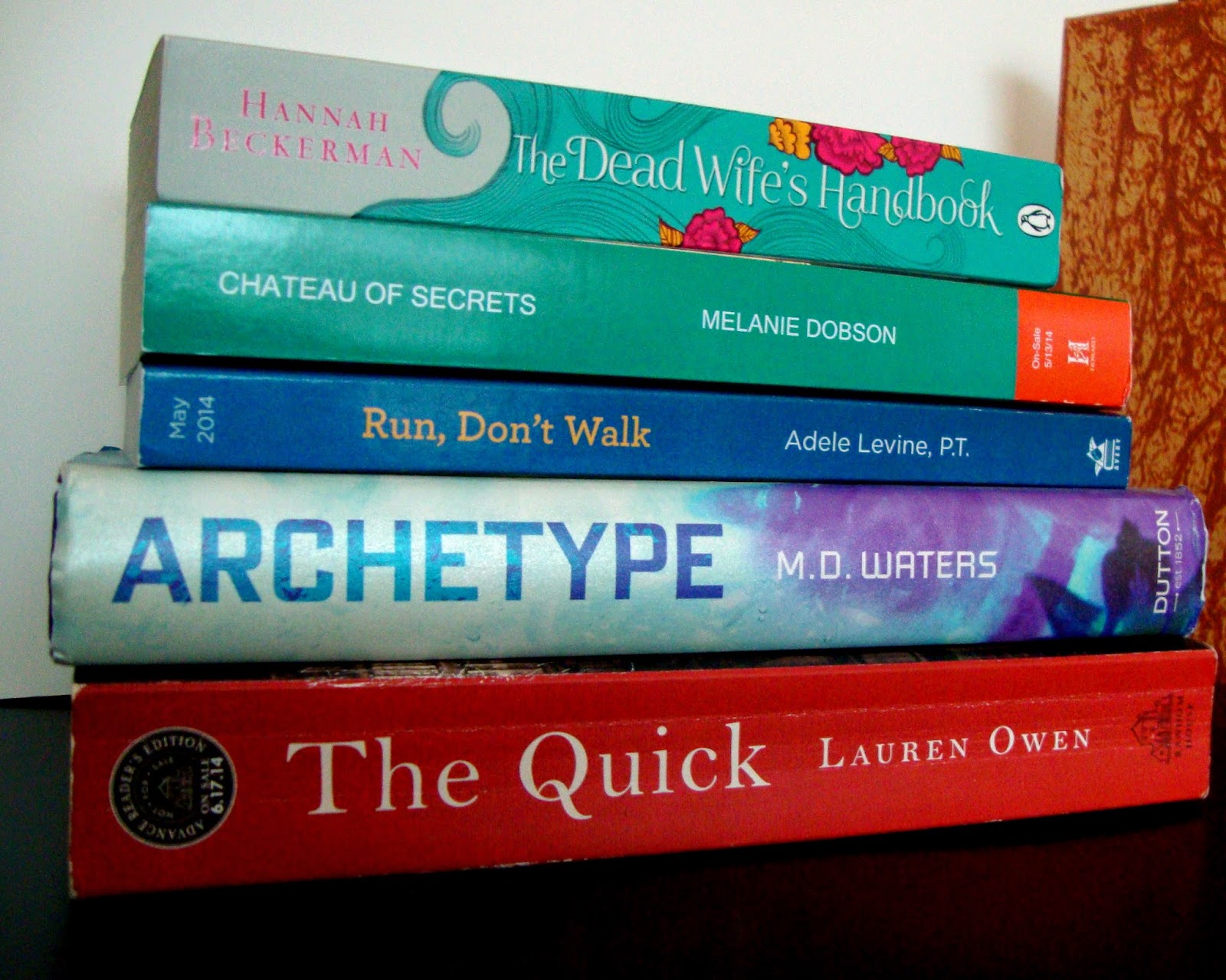 
Not a great week for reading. And, I didn't feel much like writing, either, but pairing two book reviews in each of the two posts I wrote helped. It's kind of a mental trick, the mini review. I tell myself I'm not going to write much and that feels so freeing that I actually still end up writing more detailed reviews than a lot of bloggers ever bother writing. Brevity is not necessarily my strength. I'm not bragging, here.  I'm just relieved that fooling myself still sometimes works.

As to the reading . . . oh, my gosh, this entire week was torture!  After last weekend's, "I can't find a thing to read amongst the thousands of books in this house," I finally settled in with Pigs in Heaven, as I've already mentioned.  And, then, when I went through the exact same thing all over again I decided I'd better return to One Night in Winter. I only read 39 pages of One Night in Winter on the first attempt and restarted the book from the beginning because it has a large enough cast I didn't feel confident that I would remember all of the characters, but . . . same thing.  I keep setting it aside. Tomorrow is tour day.  I've read 130 pages and have absolutely no interest in picking the book back up.  I'm going to finish reading the first story in Bark and then read a little more of One Night in Winter and make a decision.  To DNF or not to DNF?  That is the question. 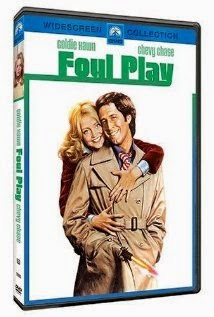 Husband and I happened across Foul Play on TV as the movie was beginning. Foul Play is a movie starring Chevy Chase and Goldie Hawn, released in 1978.  Goldie is a divorced librarian whose soon-to-be-married friend tells her she needs to quit hiding behind her spectacles, get out, and have a good time. Goldie remembers her friend's words when she happens across a man with car trouble (Scotty) and gives him a ride into town. He is clearly being followed. Scotty hides a roll of film in a pack of cigarettes, tells her he's trying to quit and asks her to hold onto his three remaining cigarettes until later in the week when they'll meet at the theater. He shows up in the middle of the movie, bleeding, and tells her "Beware of the dwarf," then dies.

Chevy Chase plays a clumsy man who tries to make small-talk with Gloria at her friend's party but can't say anything right. When Scotty dies and his body disappears then someone attacks Gloria at her apartment and she stabs him, a second man shows up and she faints, Chevy Chase is one of the detectives who comes to investigate (Tony). An albino, a man with a scar and the dwarf are all in search of the film canister Gloria doesn't even realize she possesses. Mystery, a little romance, a lot of nutty fun.  I've always loved this movie and consider it one of Chevy Chase's best. 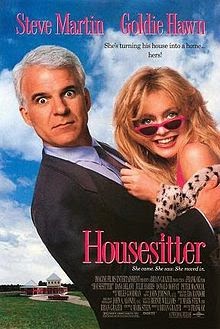 After watching Foul Play, I was in the mood for more Chevy Chase or Goldie Hawn.  Fletch, Housesitter or Overboard?  We looked them up (we have Amazon streaming but not Netflix) and none were available for free streaming.  However, we own all of them on DVD so Husband marched off to dig and came back with both Fletch and Housesitter. I chose Housesitter, a 1992 movie in which Goldie plays a woman who meets architect Newton Davis (played by Steve Martin) when she waitresses at a party his firm is having at a restaurant called The Budapest.

Gwen pretends she doesn't speak English during the party but when Davis overhears her speaking with a friend and says, "You tricked me," she says she only pretended not to speak English "for ambience."  She is a chronic liar, "The Ernest Hemingway of bullshit," according to Davis (once he figures her out). They take a walk and chat, then he sleeps over and she goes to his hometown, Dobb's Mill, to see the house he built for the woman who turned down his proposal, Becky. Gwen tells everyone she married Davis, moves into the house, and gets to know the townsfolk, including his parents (who call him "Newton," rather than "Davis"). When Davis finds out she's taken over his house and told so many lies he can't keep up with them all, he agrees to let her stay till she's helped him get the promotion she told everyone he has already received. Then, he imagines, maybe Becky will marry him. Of course, he falls in love with Gwen and has to tell a few whoppers to keep her.  Housesitter is such a fun movie.

In cat news, Isabel has begun sleeping next to my shoulder at night.  I'll occasionally wake up briefly, feel her little fur presence, rub her on the head and go right back to sleep. There's not a lot of room between my shoulder and the edge of the mattress but since she's about the size of a loaf of bread when she's got her paws tucked up, it seems to work.

©2014 Nancy Horner. All rights reserved. If you are reading this post at a site other than Bookfoolery  or its RSS feed, you are reading a stolen feed. Email bookfoolery@gmail.com for written permission to reproduce text or photos.
Posted by Bookfool at 3:23 PM