Last week was an interesting blogging week. First, I decided I would post a few children's book reviews if I had time. But I didn't know if I'd have time to do more than one so I opted not to call it a "Children's Day" as I've done in the past. I ended up posting three reviews of children's books in a single day and then I found out it was National Children's Book Week. Wish I'd known that!  Where do you go to find out all the book holidays in advance?  I never seem to know about them till either they're in progress or ending. After that day, though, I had a tour date and then I finished a book that I thought I needed to write about immediately. So that was the end of the children's book reviews, although I have plenty more waiting their turn in the review line.

On to arrivals.  Not a single book came from a publisher, this week. I thought this week's arrivals had such an interesting variety of covers that it would be best to show them all.  And, then two more arrived after I photographed and uploaded these, so you get to see 4 out of 6. 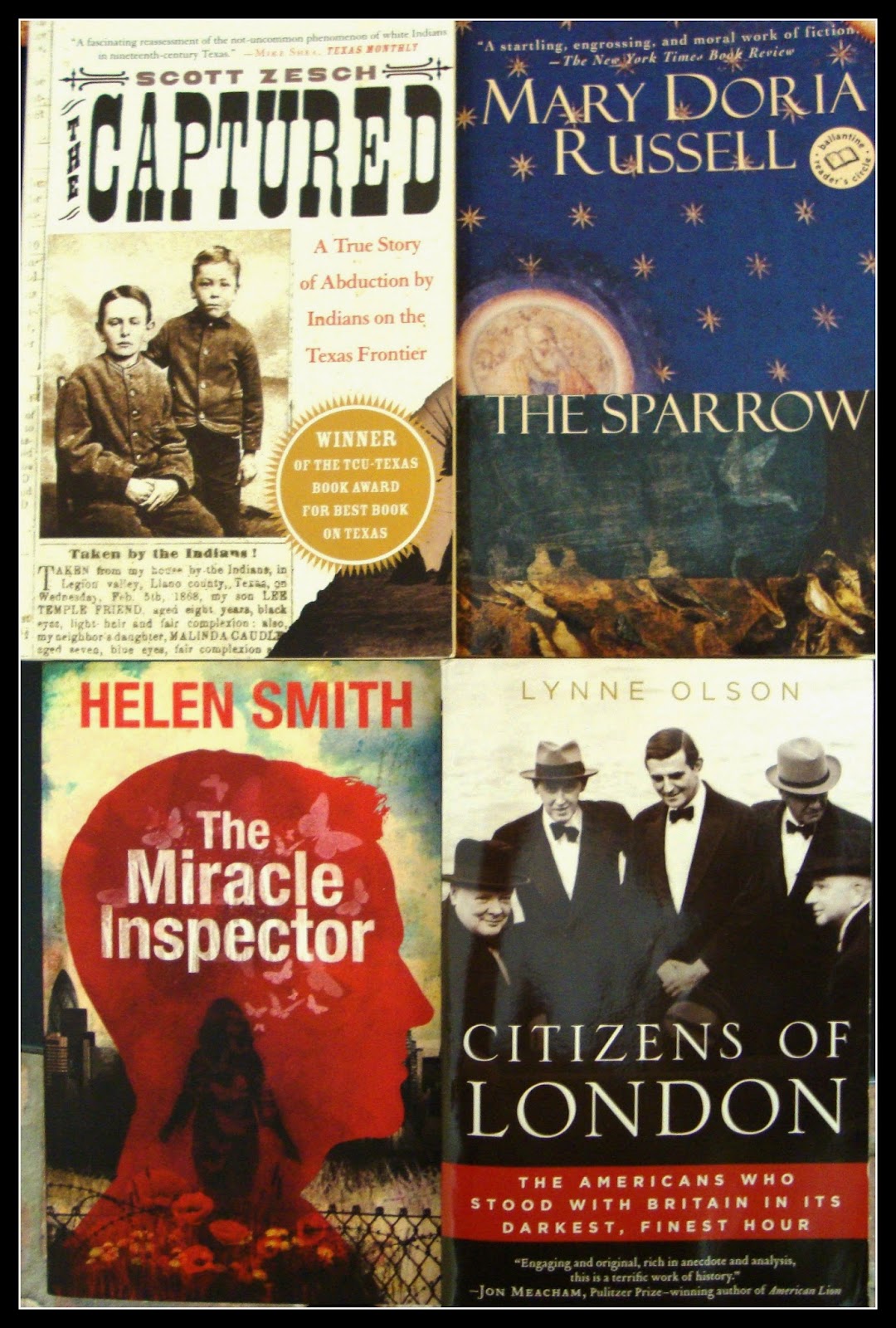 
After closing Echo Boy, I must have picked up and read the beginnings of at least a half dozen different books and none of them clicked. So I went to bed Friday night without starting anything new. Saturday was much the same. Finally, I decided I'd better at least try to read my next tour book, One Night in Winter. It's probably a good book; there's nothing I dislike about it, although I find myself avoiding it. I think the problem rests in the fact that that I enjoyed the futuristic world of Echo Boy so much I'd kind of like to read something else that has that otherworldly sci-fi vibe. Anyway, I read a bit of One Night in Winter then I began reading Pigs in Heaven when I realized my F2F meeting is this week. I do have Time After Time by Jack Finney (time travel) to read, but my book group meets on Wednesday so I need to get as far as possible through Pigs in Heaven before picking up Time After Time.

Kiddo came home for the weekend and pretty much took over the TV so our plans to watch Matchstick Men were foiled for a couple days. And, then we turned it on and couldn't get past the first 20 minutes (neither of us was feeling patient with the slow beginning) so we watched 2 episodes of Spy, a British series that was canned right as it started to really get fun. We own both seasons on DVD and periodically watch an episode or two. I'm still in the mood for a movie but this year I've become unaccountably hooked on Dancing with the Stars. Since I tend to dislike reality TV, that's kind of surprising but I'm loving this season.

Okay, gotta go. The cats have gone from hyper to comatose during the time it's taken me to type this post. Happy Monday!

©2014 Nancy Horner. All rights reserved. If you are reading this post at a site other than Bookfoolery  or its RSS feed, you are reading a stolen feed. Email bookfoolery@gmail.com for written permission to reproduce text or photos.
Posted by Bookfool at 1:36 PM