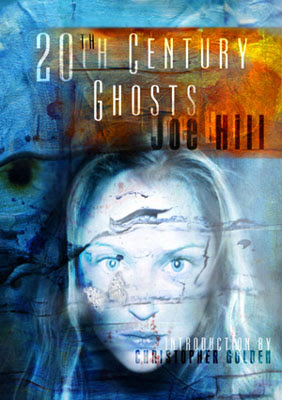 It seems to me the quality that separates the popular from the unpopular--the one and only quality that Eddie Prior and Cameron Hodges had in common--is a strong sense of self. Eddie knew who he was. He accepted himself. His failings ceased to trouble him. Every word he spoke was a thoughtless, pure expression of his true personality. Whereas I had no clear picture of myself, and was always looking to others, watching them intently, both hoping and fearing that I would catch some clear sign of who they saw when they looked at me.
--from Voluntary Committal

. . . "If creatures like Happy were allowed to run wild, they'd make the whole world look that way. He doesn't want to live somewhere else. Turds and mud--that's Happy's idea of a total garden spot."

Arthur wrote me, but time has not softened my opinions on this matter. It is my belief that, as a rule, creatures of Happy's ilk--I am thinking here of canines and men both--more often run free than live caged, and it is in fact a world of mud and feces they desire, a world with no Art in it, or anyone like him, a place where there is no talk of books or God or the worlds beyond this world, a place where the only communication is the hysterical barking of starving and hate-filled dogs.
--from Pop Art

There's been a bit of buzz about Joe Hill's first novel, Heart-Shaped Box, in the blogging world. Or, I should probably say his first published novel, as I'm sure he wrote at least a few before selling. Being the kind of person who often avoids doing what everyone else is doing--for no particular reason but wanting to be different, I suppose--I opted to order his first book from a small press in England, instead, to dip my feet into the waves created by the sudden exposure of Joe Hill as Stephen King's son. Plus, I'm strongly influenced by covers and the first version of Heart-Shaped Box that I remember seeing was kind of ugly; now, that there's a different cover pictured at Amazon and I'm glad, for the author's sake. The cover of 20th Century Ghosts is gorgeous, the quality of the paper high, the comfort of the book in hand perfect.

20th Century Ghosts is an anthology of short stories and they are wildly disparate--some literary, some magical, two with ghosts, at least one so scary I had to set the book down for a few days. While there were a few that left me with the feeling, "What was the point of that?", the vast majority were engrossing and it was the moments of truth, the powerfully straightforward language, the absolute believability of his characters and the stunning creativity that set Hill's writing apart. There is seldom a feeling of stepping outside the pages--that "Oops, he lost me," moment when the reader realizes s/he has lost the ability to suspend disbelief. In fact, I kept having to remind myself, "It's not real; it's just fiction." That is a pretty strong recommendation, in and of itself.

Why are his characters so believable? I had to stop myself several times to ask that. They're flawed, quirky, self-doubting . . . real. What was it that made that first story, Best New Horror, so utterly terrifying that I had to put the book down for several days to recover my senses? That same sense of reality. The feeling that the characters were so real they could walk off the pages and, if they did so, they'd do something really, really nasty to the reader.

A few of the stories, in brief (without giving away any spoilers):

Best New Horror - The editor of a horror anthology discovers that reality can be more terrifying than fiction.

20th Century Ghost - One of a handful of people who spotted the ghost of a young girl who died in the theater wonders what will become of her once the theater shuts its doors permanently.

Pop Art - A young boy recalls his childhood best friend, an boy named Arthur Roth, who lived in fear of sharp objects and was bullied in school because he just happened to be inflatable.

The Cape - A magical story about a no-account young man whose life looks up when he finds the childhood cape that may have saved his life.

The Black Phone - Every mother's worst nightmare and an homage to Jack Finney. A young boy becomes the latest victim of a local kidnapper/murderer but an old phone with severed wires, which occasionally rings, may hold the key to his salvation.

About 3 or 4 of the stories left me flat, but of the 14 stories in 20th Century Ghosts, most are exceptional and all are written with unusual skill. I was particularly enamored of the two stories with ghosts in them and those with magical twists. Pop Art is just flat amazing. How anyone can create a character filled with air and make him believable is beyond me. It's worth the price of the book just for that single story.

Now that I've read 20th Century Ghosts, I'd like to move on to Heart-Shaped Box. However, I know without a shadow of doubt that it will, as my mother used to say, "scare the peawaddin' out of me". When I locate a copy, I'll read it during the daylight hours.

I hope everyone who celebrates Easter enjoyed the holiday. We had a lovely dinner and then I crashed for about 4 hours and awakened feeling much better, migraine gone and mood improved. I'm sure my entire family is wishing the mood improvement had taken place earlier.

Hope to finish tonight: The Sex Lives of Cannibals by J. Maarten Troost. 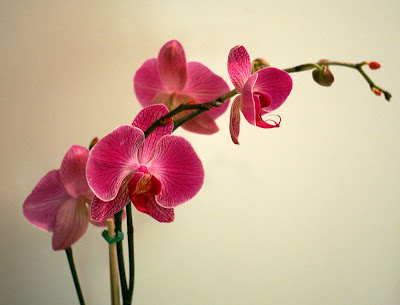