Today was another one of those days that I just couldn't stay indoors because it was so lovely outside. So, I'm going to revert to another former feature of mine, Friday Five Foolery, mostly out of sheer laziness but fractionally due to time constraints brought on by the urge to do yard work and walk around taking photos.

1. Favorite old photo that's been hanging on my wall forever - a photo I took when we were new to Mississippi and the eldest child was a diapered toddler (of my husband with the little one), taken on the pier at Biloxi, MS. Pardon the scratch marks - it's been in the same cheap plastic frame, forever, and I didn't remove the photo from the frame when I photographed it: 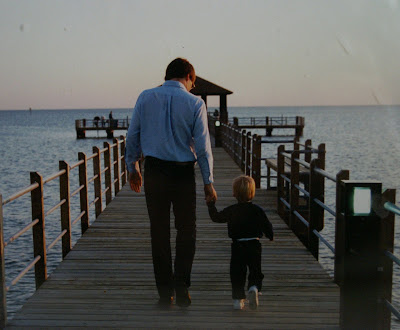 2. Favorite sign - taken in Taylor, MS a few weeks ago: 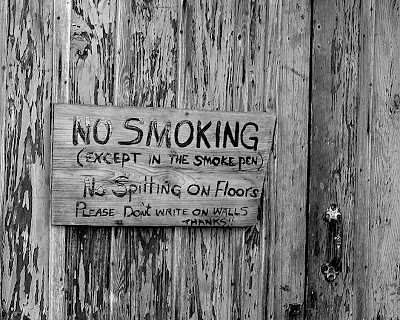 3. Favorite filthy cat photo - Our black-and-white cat, Spooky, after rolling in the dirt and pollen on the back patio: 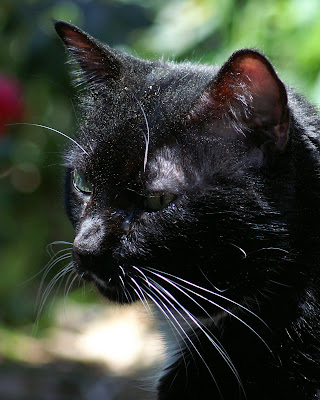 4. Favorite paragraph from a book:

From The Ladies of Grace Adieu by Susannah Clarke

5. Favorite lousy photo that shows action so I like it, anyway - of a mockingbird dive-bombing one of the neighborhood cats: 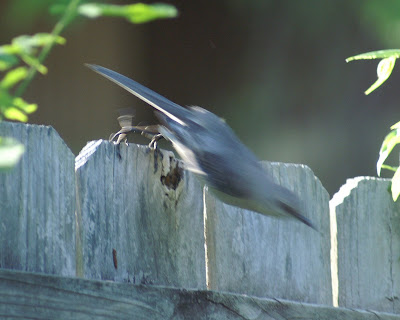 Wishing everyone a terrific weekend, full of great reading time and beautiful moments.
Posted by Bookfool at 7:38 PM