Non-Fiction Five and other stuff 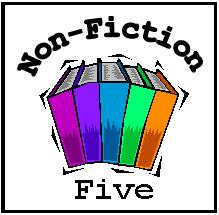 Getting down to the wire with less than two weeks till May and I've decided to give in and join Joy's Non-Fiction Five Challenge. I've finished 2 out of 4 of my Spring Thing books and only need to read two more chunksters to make myself feel fulfilled for the Chunkster Challenge (one, Earthly Joys, is in progress). Plus, I went through my cabinets to see what non-fiction I haven't gotten around to reading and oh. my. gosh. I do read quite a bit of non-fiction but I have a lot of books I have put off, haven't gotten to, am dying to read, etc. So, hey, why not? The required reading number is a mere one book per month from May to September and maybe the challenge will help me knock out a few of the older books or get to some I've been anxious to read but have put off. So, here we go:

1. Moon Shot: The Inside Story of America's Race to the Moon by Alan Shepard and Deke Slayton - This one's been sitting on the shelf for so long I couldn't even begin to guess when or where I got it, but a good hint is that the copyright date is 1994. Ahem.

2. The Messies Manual by Sandra Felton - I started this one and was actually finding it tremendously helpful when I set it aside. Probably, I was just trying to balance too many books at once; I do that and then set things down and eventually return to them. It has some useful information on clearing out the clutter. I definitely need to finish it and, possibly, also pray for a miracle.

3. Wherever You Go, There You Are by Jon Kabat-Zinn - This one was purchased on the recommendation of Nevada Barr. I attended a "Spirituality in Writing" workshop which she led in Jackson, Mississippi a few years back and, at the time, scratched down quite a number of book titles, wrote an article about the workshop, got it published, bought a few of the books mentioned and then . . . well, you know the story. There it sits. Gotta get to it.

4. If You Lived Here, I'd Know Your Name by Heather Lende - A book about small-town life in Alaska, which just looks fun. Fun is good.

5. Thirty Seconds Over Tokyo by Capt. Ted W. Lawson - Purchased recently, but I want an excuse to slip in a war memoir.

I seldom actually stick to challenge lists because I'm moody and impulsive, so here are some alternates - warning, huge list (and not really complete - I reserve the right to be flighty):

Think that's enough to choose from? I could go on, but I think I'll stick with that list, for now.

Strange things were afoot; or, rather, abox - I completely forgot to mention that we had a moment's pause when we unloaded the large cardboard box holding our 10 red beans and rice dinners. In the bottom was a packing slip. The word "biohazard" on that packing slip jumped out at me. Eeks. As it turned out, when I stopped to read the packing list carefully, I discovered the box previously contained red biohazard kickbucket liners. Whew! This is what you get for having a doctor mom as one of the swim club parents: a bracing biohazard moment.

Temporarily set aside: Of The Farm by John Updike. It's only 160 pages long and I know I could get through it quickly if I'd just concentrate. But, focusing on one book is not my strong point and I'm not sure I'm in the mood to shove myself through something that isn't thrilling me. So, instead, I'm going to get back to reading The Secret lives of People in Love by Simon Van Booy and then move on to Rises the Night by Colleen Gleason (fellow blogger chick we all love), both advanced reader copies that I really need to review soon, anyway.

Just about finished with: Firefly, the complete series. And, I am just so utterly perplexed as to why the series was canceled after only 11 episodes. And bummed. I just don't get it. The actors were terrific, the characters nicely diverse with plenty of secrets that could have been slowly uncovered, the premise excellent, the action and humor endlessly fun. I loved the fact that only two of the actors were familiar to me; the same faces get a little tiresome, after a time and every one of them is (or, rather, was) utterly convincing in their chosen roles. The female characters were all intelligent, skilled, fascinating individuals. This may be justification for my continued lack of television viewing and discontinued satellite service. As soon as I finish watching the series, I'll view the movie, Serenity, and then probably go into mourning for a time.

I'd resume satellite service if they'd just bring the Firefly series back. Honest. Any network executives reading this?

Off to read or sneak in that last Firefly episode. Nighty-night!
Posted by Bookfool at 7:27 PM