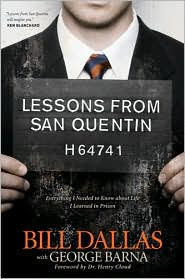 When the tough times strike, start your defense by recognizing and accepting your God-given ability to persevere. That is not easy. When we face giants, we focus on the giants, not the slingshot and the stones in our pockets. But your ability to triumph begins with the mental certainty that you have what it takes to overcome your obstacles. This is not because of anything you have done; it is because God made you strong and resilient. He wants to shape you, not torture you. Many of His great followers--Job, Abraham, Joseph, Moses, David, Solomon, Isaiah, Jeremiah, John the Baptist, John, Peter and Paul---experienced hardship as a way of life for a season and a reason. In every case, God used the difficulties in meaningful ways. As Joseph told his brothers, who had thrown him in a pit and sold him into slavery, "You intended to harm me, but God intended it for good to accomplish what is now being done, the saving of many lives." (Genesis 50:20)

-- Excerpt from Advance Review Copy, some changes may have been made before final printing


I added "memoir" to the book's description because this book is partly about Bill Dallas, the circumstances that led to his arrest and imprisonment in San Quentin and what he learned. There's a great deal of advice, but it's also his personal story as a hot-shot real estate agent who didn't bother checking the legalities of how he ran his business and then was arrested after the real estate crash in the early 1990s.

Apart from a bit of repetition, I thought Lessons from San Quentin was a gripping, fascinating tale. He does share the circumstances that led to his incarceration. Most of the book, however, is about lessons learned while in prison. At first depressed and hopeless, Dallas eventually acquired a job within the prison and discovered that he could once again become fulfilled, even when everything had been taken away from him and while living life at a much slower pace than he imagined possible. His focus is particularly on the "Lifers", those with life prison sentences who have found their peace in God.

Bill Dallas is a Christian and some might consider this book preachy. I found it absorbing and often surprising. What I really wanted to know, as I turned the pages, was how the author applied those lessons to his life after being released from prison -- how he got along in the world after being incarcerated. I was not disappointed.

The true story of Bill's best friend in prison (a "Lifer" named Vy Le) is also absolutely amazing -- how solitary confinement led an angry man to find God and forgiveness. I think Vy Le's story is one of my favorite portions of the book.

Apart from a bit of repetition, this is a very good book that I definitely recommend. I think it's worth reading just to see how far a person can sink but still manage to pick himself up and move on to a completely new and successful career. There are no foul words or offensive graphic descriptions. The author refers to the kind of horrors that occur in prisons generally, but it appears he escaped any brutality and the book is clean, not nightmare- or cringe-inducing.

You can read a chapter of Lessons from San Quentin in the sneak peek post, below.

Remember, tomorrow is Drawing Day for the Big Box of History Rocks! Leave me a comment including your email if you forgot to do so, please!!

Up next will be a sneak peek chapter from When God and Grief Meet by Lynn Eib, but probably not a review (yet) -- it just depends on how much reading I accomplish, today. Then, a review of A Lovely Little War by Angus Lorenzen, which you will probably find a little gushy because it was so hard to put down.

Happy Thursday!
Posted by Bookfool at 7:33 AM