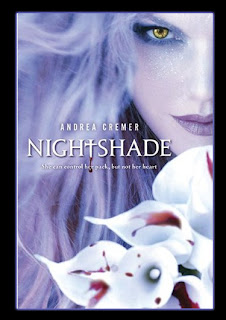 Calla Tor isn't a typical high school girl. A warrior and an alpha werewolf, she will soon turn 18 and be united with the alpha male from another pack, their packs combined in a secret ceremony. In the meantime, she goes to school as a human during the weekdays and takes her turn patrolling the woods with her best friend in the pack, Bryn, in her wolf form.

But, after Calla veers from her duties and risks her own life by saving the life of a human named Shay, things begin to change. When Shay appears at Calla's school and she finds that he has an unknown role in the lives of the Guardian wolves, nobody can figure out what's going on. While Calla tries to unravel the mystery of Shay's place in upcoming events with his help, she finds her attraction to Shay growing deeper. As they begin to uncover secrets and lies, she questions her place in a world where the male is the leader and finds the union with her future mate, Renier, threatened. Ren is none too pleased with Calla's obvious attraction to Shay. Will Calla abandon hundreds of years of her heritage and the destiny that's been hers since birth? What are the secrets being kept from Calla, Ren and their packs?

Nightshade is truly a knock-your-socks-off dive into an exciting new paranormal world. Before I even opened the book, my teenager managed to sneak off with my copy, read it in a single night and declare that I will be expected to acquire the next books in the series. I figured on that basis it was probably Kiddo's kind of book and not mine, but I was wrong. Nightshade held my attention with lots of action, interesting relationships between various pack members and their new leader or "Keeper", as well as a surprisingly believable love triangle that keeps the reader wondering, "Will she? Won't she?" till the end.

Calla is, at first, totally dedicated to her pack and convinced that her union, her job, her history is all as she has been told. She's a Guardian and she's tough, but she's also a follower. But, she slowly begins to question her place as she and Shay discover that the wolves' history is not at all what they've been led to believe. And, it's not just other wolves that she has to worry about.

I liked the dilemmas Calla was faced with, including the fact that she was going to fall second in leadership to the male head of the pack. Amy wrote to author Andrea Cremer to ask about the exploration of pack dynamics via gender in her fabulous review and got a terrific response. Actually, I just loved everything about Amy's review. Go read it. It's so much better than anything I have to say. I did manage to figure out Shay's place in the story long before the ending, but maybe that's just because I'm getting old and many, many storylines are becoming predictable for me. There were plenty of surprises and the book kept me guessing; I certainly had no idea what was going to happen in the end, in spite of guessing Shay's role.

Action, emotion, group dynamics and a young woman growing as she learns to question her place and stand up for herself make Nightshade an exciting, well-paced addition to the world of paranormal reading and a book worth talking about. Definitely recommended for teens and adults.

I just love that cover. The female looks like the heroine described in the book and calla lilies speckled with blood fit the name of that same character as well as depicting the dangerous, bloody world of werewolves at battle with other evil forces. My thanks to Penguin/Philomel for the advanced reader, which I received via Shelf Awareness.
©2010 Nancy Horner. All rights reserved. If you are reading this post at a site other than Bookfoolery and Babble, you are reading a stolen feed. Email bookfoolery@gmail.com for written permission to reproduce text or photos.
Posted by Bookfool at 3:27 PM