Great Philosophers Who Failed at Love by Andrew Shaffer 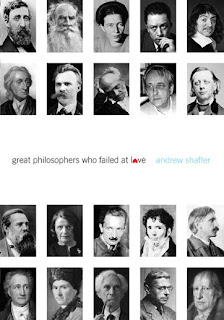