A Single Breath by Lucy Clarke 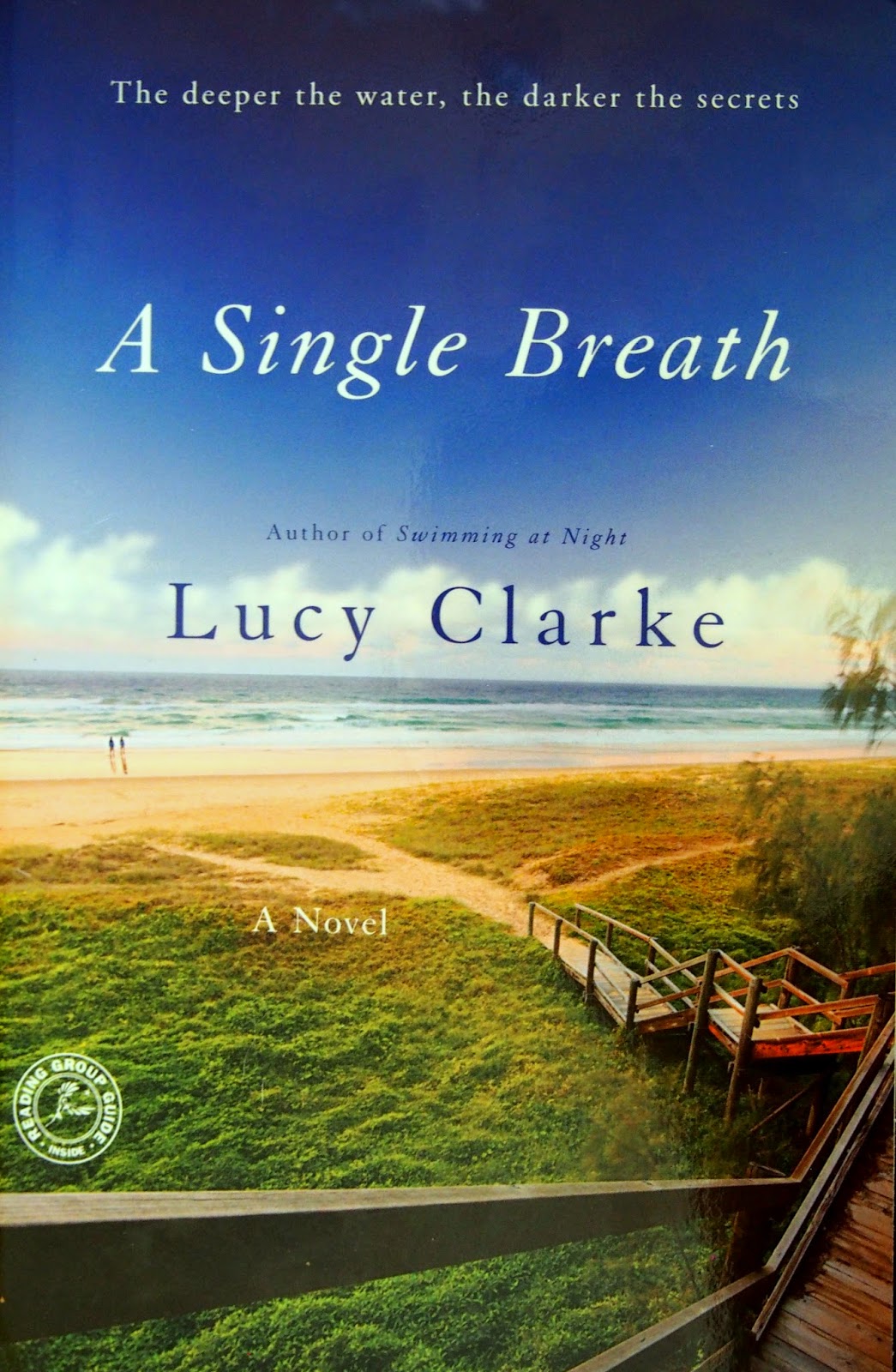 During last week's miserable reading slump, I picked up A Single Breath by Lucy Clarke, a book that had just arrived from Touchstone and which was originally sent to me unsolicited (but did not arrive - a second copy then arrived at the wrong house at my request, so who knows . . . a dog might have dragged off the first to use as a toy; they do that in our old neighborhood).

A Single Breath is about Eva, a midwife who has been married to Jackson for a mere 8 months when Jackson is swept off an outcropping of rocks while fishing on the English coast. Deeply grieved, Eva decides to take some time off from her job in London and travel to Tasmania to meet Jackson's father and his estranged brother, Saul.  But, things don't go as expected. Jackson father Dirk is not welcoming and Saul is still angry about an incident that happened several years ago.

However, events conspire to keep Eva in Tasmania longer than expected and she ends up staying in a shack just down the bay from where Saul lives. As she gets to know Saul, the truth about Jackson slowly emerges and Eva realizes she really didn't know the man she married at all. Why did Jackson leave Tasmania? Did he really love Eva? Is he truly dead?

There are bits of writing by Jackson interspersed throughout and those both confuse the reader and add mystery to the story. If he's able to write, isn't he really alive?  Or are those little bits something that Jackson wrote before his untimely death in a letter that Eva will later discover?

There's a lot I think I shouldn't mention about A Single Breath because it's best to enjoy the slow reveal but I can tell you that I felt like this as I was reading:


Sucked into the mystery of what became of Jackson in A SINGLE BREATH by Lucy Clarke. Washed into the sea or not? Dying to know. #fridayreads
— Bookfoolery (@Bookfoolery) April 18, 2014


And, I loved the way Eva gradually got to know Saul as she stayed near him on an island off the coast of Tasmania, loved the way he taught her how to "free dive", checked on her when she was ill, even eventually brought her along to work.  Saul and Eva are likable characters. I did feel as if the story dragged on a little bit longer than necessary and what I expected occurred, all-around, but I enjoyed the reading and am grateful to Lucy Clarke for yanking me out of my book slump with A Single Breath.

Recommended - I particularly loved the characters, the setting, and the tug of mystery.  There were some repetitive tense-change errors and I did find the story predictable in many ways but none of the book's flaws were significant enough to spoil the reading. Love, love, love the setting. Reading A Single Breath will definitely make you want to hop a plane to Tasmania.