Mini time! Countdown City by Ben H. Winters and You Can Date Boys When You're Forty by Dave Barry

Someday I'll catch up on reading and reviews and then my life will be complete, right?  RIGHT?  Okay, I know better but I can dream.  In the meantime . . . some mini reviews. 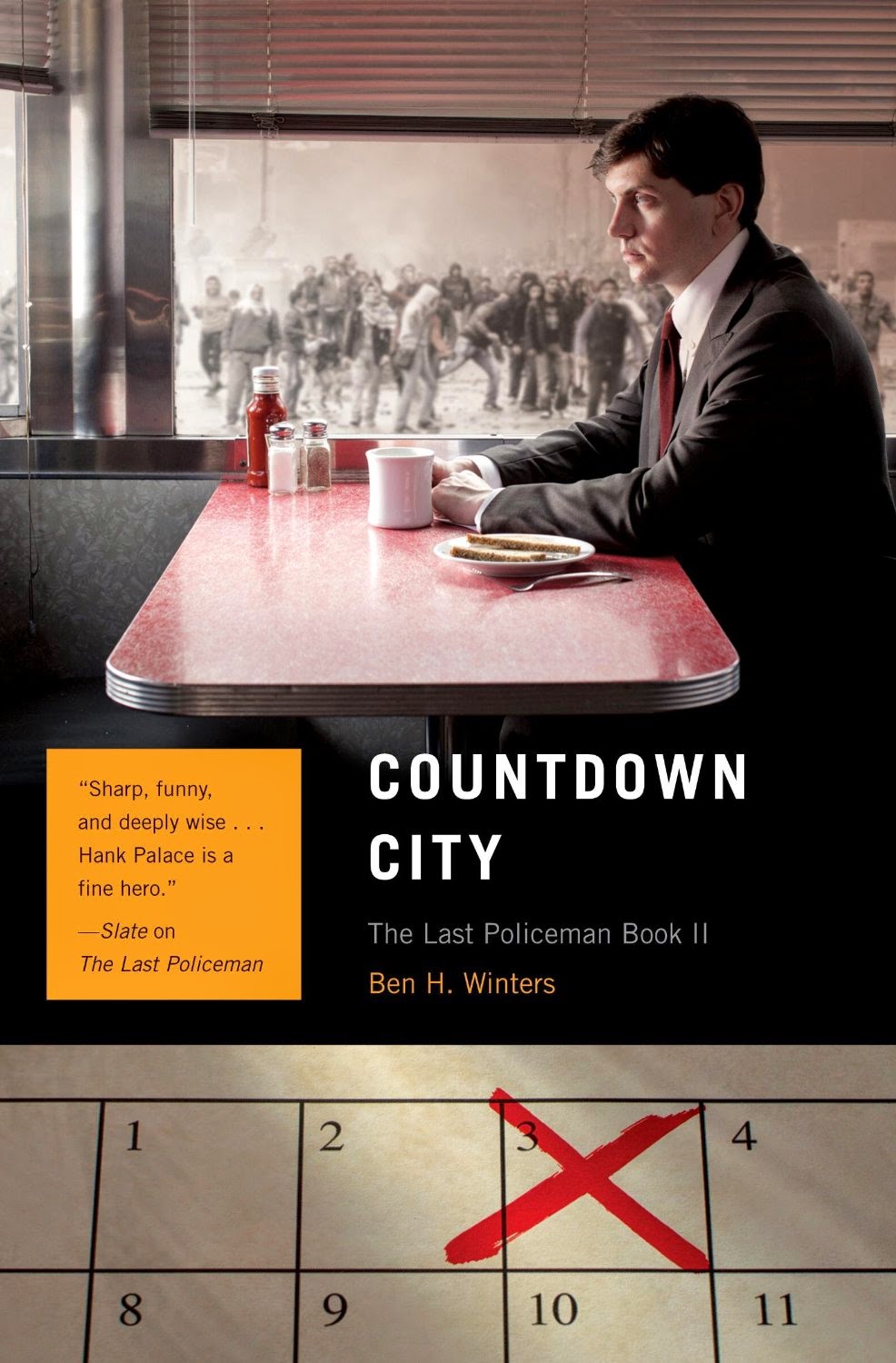 You've already seen the kit I've prepared for the upcoming fictional apocalypse in the Last Policeman series (and maybe my review of The Last Policeman). On to the second installment.

As Countdown City opens, a mere 77 days remain before an asteroid will collide with Earth. Hank Palace no longer has a paying job as a detective but his former babysitter begs him to locate her husband, who has gone missing -- or "bucket list" as they say in the pre-apocalyptic lingo. Hank has a lingering affection for his old babysitter so he agrees, in spite of the fact that it's no longer possible to do things that were once common like buy gas, use a phone, find coffee.

Hank is tenacious and smart, though, and the missing man is so beloved that he's certain there must be more to the story.

Ben Winters is such a sharp writer.

I squeeze up and down along the edges of my arm and feel nothing and meanwhile my breath is ragged and uneven. At a certain point I will cross a threshold where it won't matter either way; "loss of limb and/or death," that double-conjunction pivot point will resolve decisively on "and." 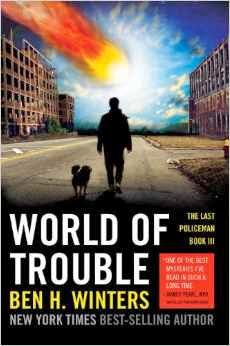 Seriously, how can you not adore his writing? I love the way he can toss out a line of dialogue like, "Love is a bourgeois construct," and in those few words inform you about a character with surprising depth. I love Hank and his wonderful, upbeat attitude. I love the fact that Winters' world building is believable -- the human choices, the way the infrastructure is crumbling.

About 1/2 - 2/3 of the way in, Countdown City becomes seriously edge-of-your-seat exciting. As in the first installment, the story is wrapped up in a satisfying manner -- no cliffhangers, just the knowledge that the end of the world is still coming and, ohmygosh, you have got to get that next book which, by the way is gorgeous ---->

Recommended and, so far, I think the Last Policeman series is worth owning for the sake of revisiting that snappy dialogue. I cannot wait to read the last book. 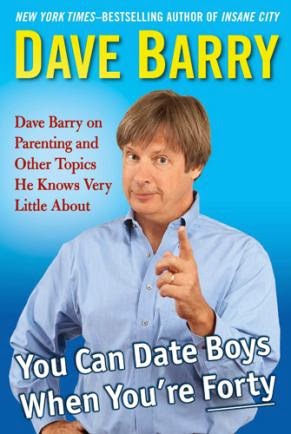 Dave Barry's latest release, You Can Date Boys When You're Forty is, unfortunately, pretty disappointing, and I don't say that lightly.  I've been a fan of Barry since I was a kid. My father has been gone for almost 24 years but I'll always think of Dave Barry as one of the authors we bonded over, reading passages aloud to each other, laughing, trading his books and giving them as gifts. You Can Date Boys When You're Forty made me laugh out loud a couple times but it also occasionally made me cringe (the section on grammar . . . just, no . . . horrifying, not funny).

I did like the silliness of the essay "Manliness":

Here's what my homeowner tool collection consists of: duct tape, a smallish hammer and 283,000 tiny random pieces of hardware for hanging pictures.  Hanging pictures is my only real manual skill. If we have a global nuclear war and civilization is wiped out and I happen to be one of the small band of surviving humans, I will not be a big help.

~p. 32 of You Can Date Boys When You're Forty, ARC (some changes may have been made to the final print copy)

My favorite essay is "Seeking WiFi in the Holy Land," about his family's journey to Israel. His current wife and daughter (if I recall right, he's on his second marriage) are Jewish and their vacation sounded pretty adventurous. The essay is both funny and touching. When Barry left the Yad Vashem museum with tears in his eyes I choked up a bit, myself.

Iffy on recommendation - I liked some of the essays but a few of them were just flat awful so I gave You Can Date Boys When You're Forty an average rating of 3/5. I'd recommend checking it out from the library if you're a fan.

©2014 Nancy Horner. All rights reserved. If you are reading this post at a site other than Bookfoolery  or its RSS feed, you are reading a stolen feed. Email bookfoolery@gmail.com for written permission to reproduce text or photos.
Posted by Bookfool at 5:19 PM