The Other Typist by Suzanne Rindell 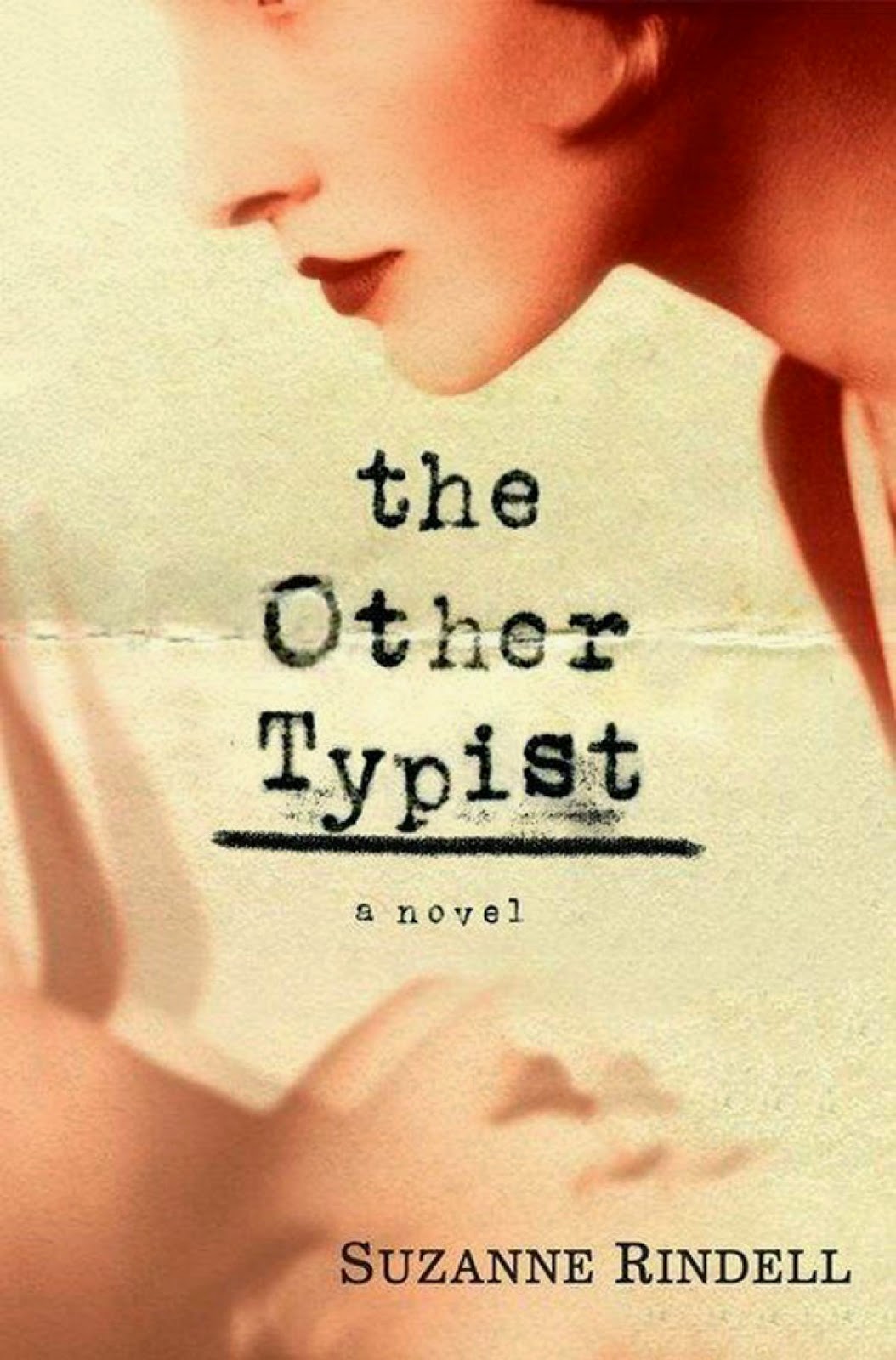 My doctor says it is our animal nature to judge the weak more harshly, owing to how survival depends upon weeding these creatures out.  He says I have highly developed animalistic tendencies. The way he says it, it does not sound like a compliment.

Rose works as a typist for the New York City Police Department, recording confessions. When a new typist named Odalie arrives at her precinct to help with the increased work load caused by a crackdown on bootlegging, Rose is fascinated by Odalie's chameleon-like charm and becomes aware of her own power to cause a criminal's conviction with the alteration of a few key sentences. And, when Odalie sweeps Rose up into her illicit world of speakeasies and lies, Rose finds herself willingly following along in her shadow, becoming the kind of person she would normally judge.

I didn't ever feel like I could relate to or sympathize with Rose because her weakness and vulnerability make her annoying.  "Stop, Rose! Don't go with Odalie!" is the way I felt throughout the entire book. There's a mystery dangled from the beginning but I was constantly tempted to put down the book because I didn't feel it was so much compelling as a tease. You know practically from the beginning that something has happened to Rose that led to her incarceration in a mental facility and because she's in a mental facility, she is clearly an unreliable narrator. But, you can't help but assume that everything will eventually be clarified.

Unfortunately, the ending is something on the order of a "What the hell just happened?" kind of ending. Even knowing Rose is unreliable, a single paragraph calls the entire novel is into question.

There are also two completely different ways to look at the writing style: overwrought or deliberately haughty in tone. Was the narrator trying to double up on the confusion factor, lending a haughtiness to the tone through the use of too many adjectives and adverbs or was the author simply going overboard in an attempt to sound "of the time"? It's hard to say but I personally found the writing style exhausting.

Iffy on recommendation but good for discussion - I like an unreliable narrator when the facts of a story are, at some point, clarified. Nabokov's Transparent Things is probably a good example. Whereas the author of The Other Typist throws unreliability in your face with her repetitive comments about the mental institution, there is a subtle undercurrent of something sinister in Transparent Things and it's only when you get to the end of the book that the "Aha!" light goes on and you realize the author has been slowly revealing an equation and its solution is right in front of you. It makes you want to read the book all over, again. I would have preferred to throw The Other Typist at a wall rather than reread it because the sensation was less an adding-up than a tearing-down of everything you've grown to believe when you reach the end, which I found very unsatisfying.

However, I do believe there's a certain amount of skill involved in the setting of the scene and that the overwrought style, such as it is, may have indeed been deliberate.  It's that probability that's had me waffling between giving the book 2 or 3 stars out of 5.  I felt used and let down, so I want to give it a 2 for the sense that the author wasted my time. The story is not a subtle one. But, the idea that the style may have been entirely deliberate makes me feel like it's not quite fair to go that low. Waffle, waffle.

The fact that I feel so torn about the rating and there's so much that is left unanswered (plus the fact that I noticed the reviews are polarized) does make me feel like The Other Typist would be a knock-out choice for book club reading. The moment I closed it I thought, "I want to talk to someone about this," and I can visualize a nice, noisy argument about who really was narrating and whether the narrator was obsessed by the other woman's skill at deception or the obsession was something entirely different. So, while I'm iffy about recommending the book, the fact that there's much to discuss lends me to give it a nod for book group discussion.

I like the cover but when I did an image search I discovered that there's an alternative version of the same exact head shot in black and white with only the flapper's lips (red) and the title of the book colored and a New York skyline rather than blurred hands at the bottom. I thought the black and white image was much more striking.

My desktop is down with either a virus or worm so I've had to find another way to post and I don't have access to photographs. So, there will be no Fiona Friday post, even on the wrong day, this week. I also had some children's books I planned to review but they require access to the interior photos I snapped. Hopefully, the spouse will figure out the problem over the weekend.

©2014 Nancy Horner. All rights reserved. If you are reading this post at a site other than Bookfoolery  or its RSS feed, you are reading a stolen feed. Email bookfoolery@gmail.com for written permission to reproduce text or photos.
Posted by Bookfool at 6:03 AM