Patriotic kitty got all stripey for Independence Day but Bookfool fell down on the blogging job and went to best friend's house for BBQ instead of posting. Hope all of my American friends had a great holiday! 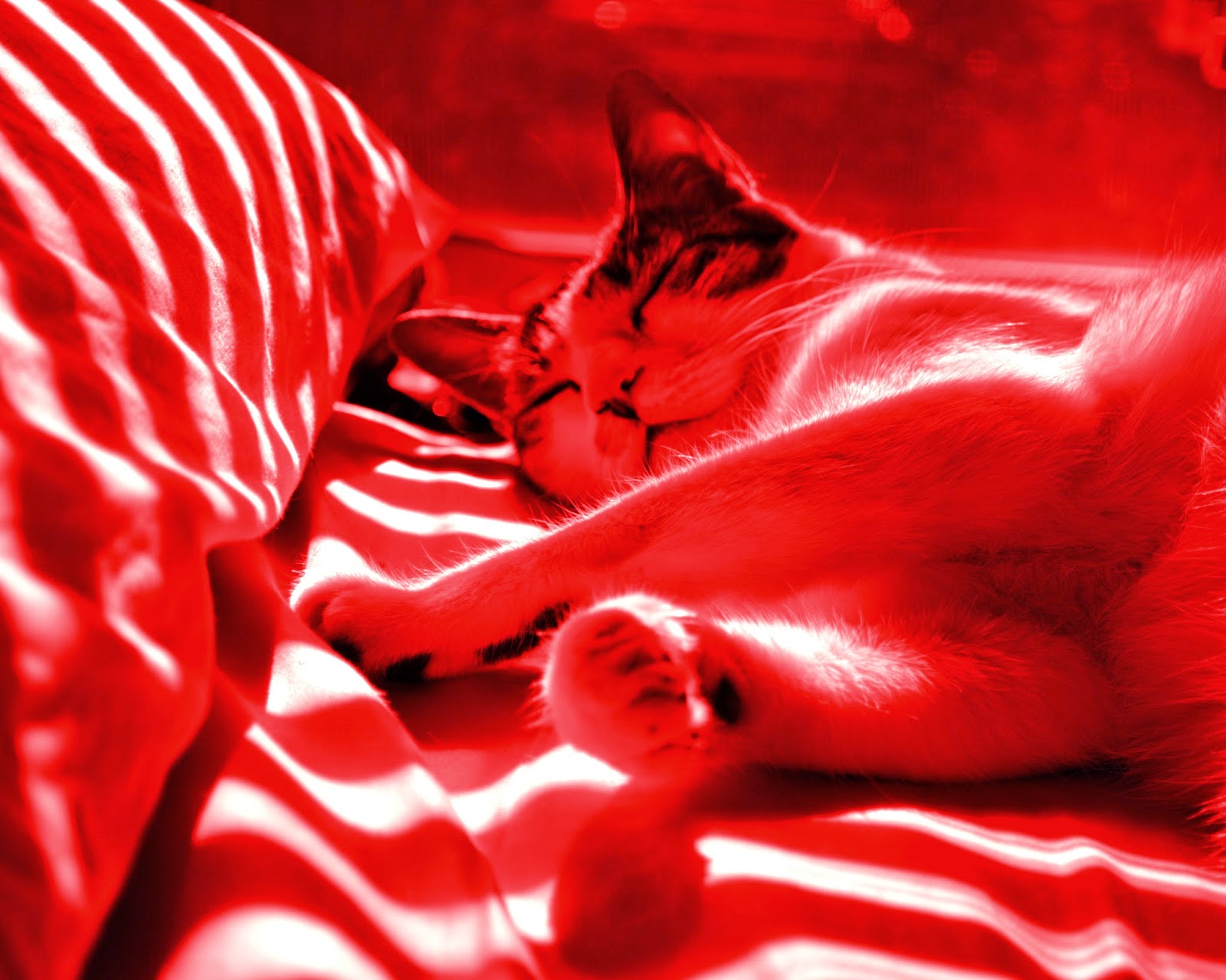 We had quite a weekend. Our BBQ dinner was great fun but the next day our air conditioner died and we spent the weekend trying not to move much while we were in the house.  Fortunately, we have a very small window air conditioner that the husband used in his garage workroom in the old house. He hosed it down, stuck it in the master bedroom window and that gave us a place to cool off when we were forced to actually do something (which, you know, just keeps happening when you're alive).


We didn't watch a single movie, this weekend, just random episodes of various television shows, few of which I actually managed to sit through all the way from beginning to end. Because the air conditioning wasn't working, we went out to eat on Saturday and brought home plenty of leftovers. The rest of the weekend we used the microwave to avoid heating up the house and we did a couple last runs to the old house to finish emptying the workroom, garage and random cabinets of scattered tools and miscellaneous things we needed to scoop up after finishing repairs.

I have my eye on a movie that Huzzybuns loudly protested against viewing, so I may sneak that in when he leaves town on business. At some point this week, we're supposed to close on the sale of our old house but the tree man has not yet arrived to take down the humongous oak tree we're required to remove before the sale and neither of us really wants to close until after the tree has come down. For one thing, we want to watch it come down (should be quite a spectacle as we can't even see the top of the tree when standing beneath it) and we'd also like to get a slice of the main trunk so we can count the rings. We've always assumed those two oak trees in front of our former home are quite old but it would be fun to know the actual number of years the tree has been growing.

Here's some of the tree . . . it just keeps going and going: 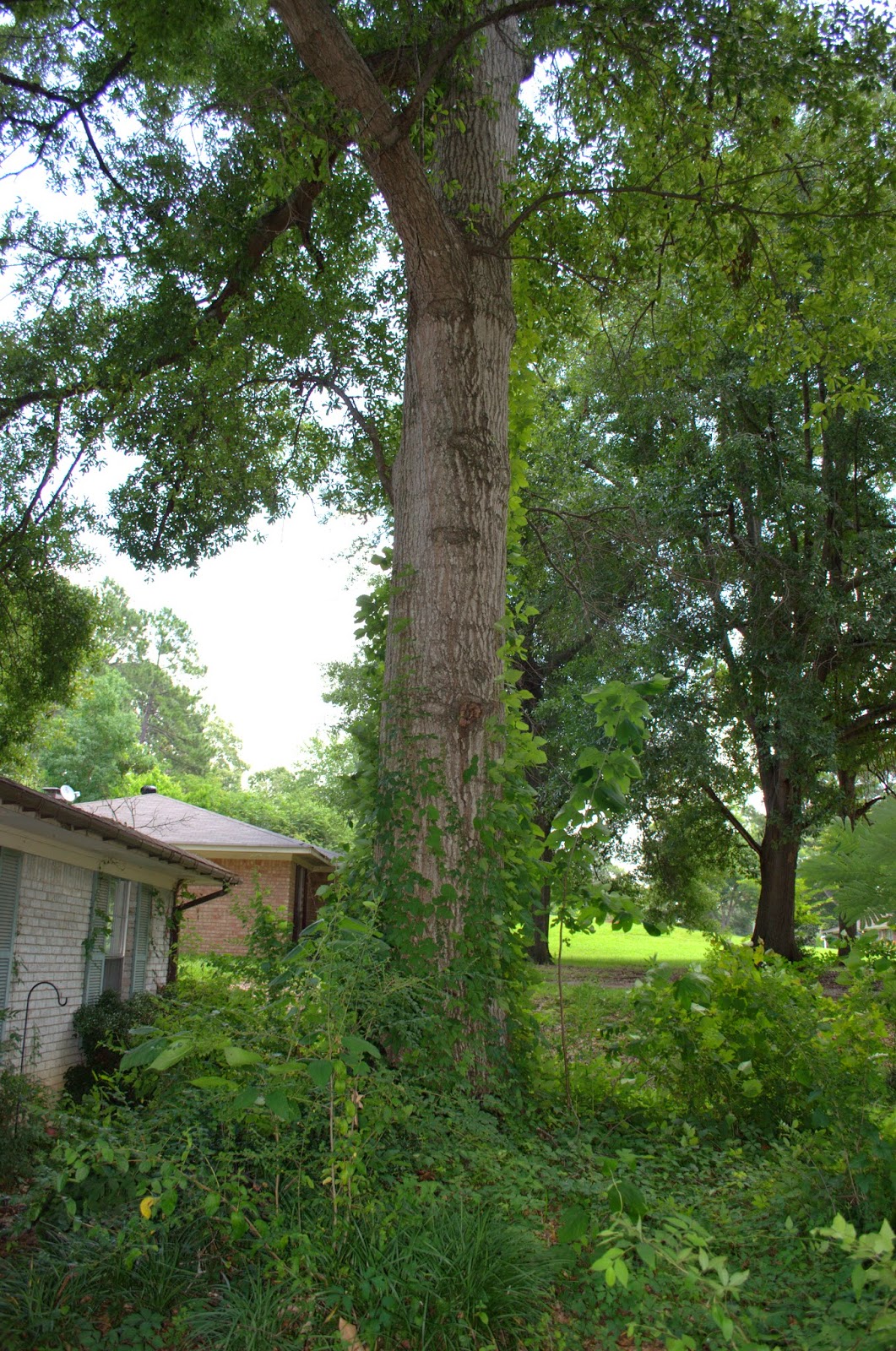 Meanwhile, back at the new house I've been working on my writing space in our home library. I cleaned off my desk and put a scented candle on top of it to light when I'm writing, then the two of us sorted through books lying on the floor and donated quite a few. We removed a rug that's far too small and put in a new one that's larger but still honestly a little too small for the room.  No problem. The look is much improved. I've still got a bit more sorting, shelving and donating to do but we're getting close to finally having a nice space in which to read and write! Wahoo!

Because I may be gone for a tree removal and/or a house closing, I can't say this will necessarily be the week I return to normal posting but I'll do my best. I was nicely caught up before my two jaunts to New Jersey but now I've got a backlog, again. Fortunately, the books are all memorable. I don't think I'll have any difficulty reviewing them, when the time comes.

Also, where did the first half of 2014 go?  Anybody else miss the whoosh noise?

©2014 Nancy Horner. All rights reserved. If you are reading this post at a site other than Bookfoolery  or its RSS feed, you are reading a stolen feed. Email bookfoolery@gmail.com for written permission to reproduce text or photos.
Posted by Bookfool at 6:27 PM