The Paramedics by James O. Page 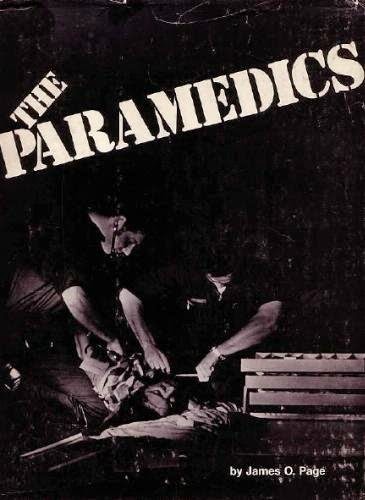 This is probably the weirdest way I've ever read a book and the story behind it is rather an interesting one. The short version: someone put me in touch with the author, who loaned me one of the 6 remaining copies of The Paramedics from his personal shelves and gave me permission to photocopy it for my own use. I returned the original to the author and put the copied pages in sheet protectors then snapped them into a three-ring binder. 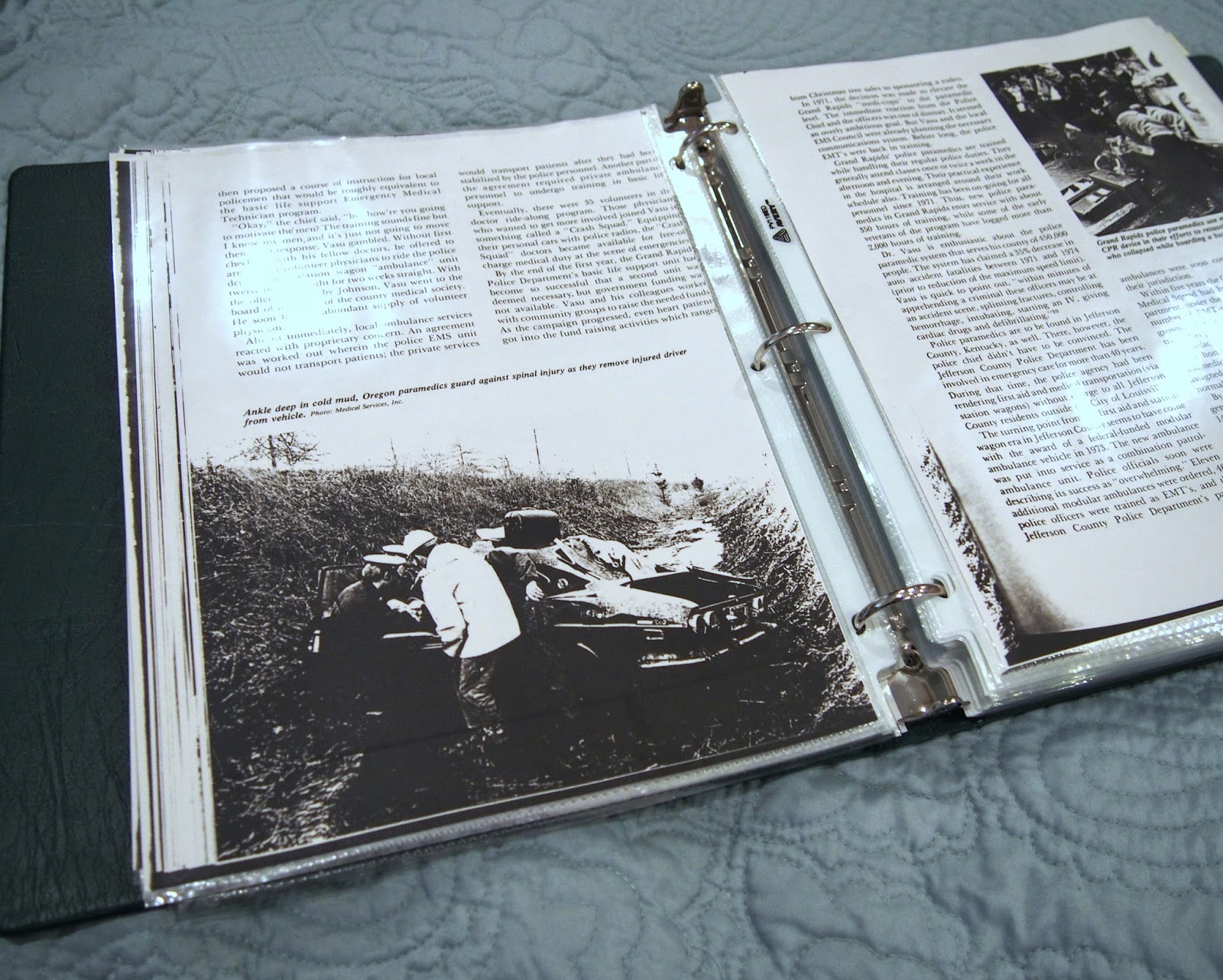 Jim Page died in 2004 so it's been quite some time since my first reading (and I'm pretty sure I didn't finish reading The Paramedics, the first time) but I was reminded of the book because my exercise time falls during reruns of Emergency! on MeTV and the author was a consultant for the TV show.

The Paramedics is a history of Emergency Medical Services in the U.S. The portions dedicated to the current state of emergency medicine in the field are well and truly outdated, of course, but the book is still of interest to anyone curious about how paramedics came into being. I first read The Paramedics in the late 90s and didn't remember a thing, so I found it surprising in many ways.

Emergency medicine in the field (meaning, emergency response for needs of regular citizens, as opposed to the field medicine of military practice during war) really began as a response to the need for quicker cardiac care when cardiologists discovered that minutes could mean the difference between life and death for heart attack victims. Treatment expanded from cardiac care to other emergency needs, like trauma, as it became apparent that trauma was another area in which time saved lives. But, EMS was very much a regional thing -- both in method and level of training -- that varied dramatically from one place to another; and, it took quite some time before the creation of national standards.

I found a few facts particularly fascinating. One is that most of the early paramedics were firefighters but in at least one case it was policemen who were the first EMS trainees and sometimes private ambulance attendants received training while cities or counties lagged behind. I also found it fascinating that some private ambulance services (previously burly men in white coats who merely loaded and carried patients to the hospital for a fee, like a cab service for the infirm) fought tooth and nail to prevent EMS becoming a branch of their local fire services because they feared a major loss of business. Eventually, it became apparent that private ambulance services could actually profit from switching to non-emergency transport, which was and still is needed.

It was also interesting to find that the same problems that plague paramedics today (burnout, back injuries, abuse of the system by citizens who hoped for a free bus ride, so to speak) were a problem nearly from the beginning of EMS.

There is a bit of background information about Emergency! in The Paramedics but the focus is on real-life events. I actually have a booklet that Jim Page wrote about the show, specifically, but I have no idea what's become of that.

Recommended but almost impossible to find - A fascinating look at how Emergency Medical Services originated. The Paramedics used to be in hot demand amongst EMS professionals (I don't know whether or not that's still the case) but it's long since gone out of print and it is nearly impossible to locate a copy.

I noticed there's one rating at Amazon. The reader says he bought his copy for $99 and sold it for $249. Whoa. And, his opinion was, "It was too much like it was screaming 'look at us'."  The Paramedics was written when the whole concept of EMS was still a very new and shiny thing so I didn't really have any problem with that undercurrent of pride, although I do agree that Page was not a brilliant writer. He was solid enough, in my opinion, and the fact that he was present at the beginning gives the book a nice, personal touch. Also, where else are you going to find photos of paramedics wearing bushy mustaches and plaid pants? 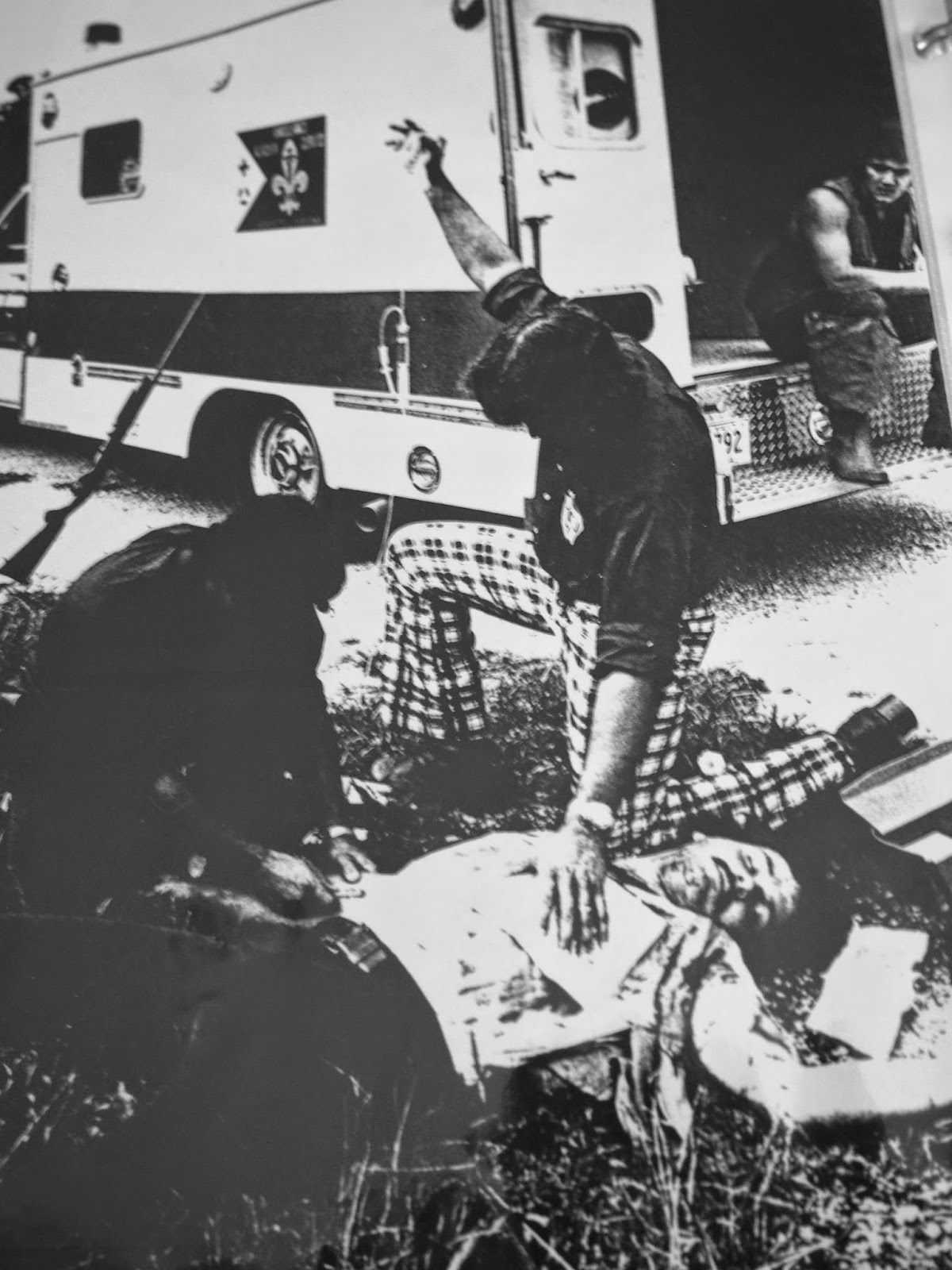 ©2014 Nancy Horner. All rights reserved. If you are reading this post at a site other than Bookfoolery  or its RSS feed, you are reading a stolen feed. Email bookfoolery@gmail.com for written permission to reproduce text or photos.
Posted by Bookfool at 6:03 AM