Twofers: The Scatter Here is Too Great by Bilal Tanweer and In the Sea There Are Crocodiles by Fabio Geda

Twofers = Two for the price of one, aka two mini reviews. 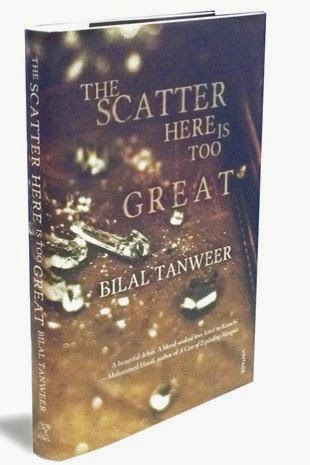 I'm jumping the gun a bit, here, as The Scatter Here is Too Great doesn't release till mid-August. But, I want to write about it while it's still fresh in my mind.  I took The Scatter Here, etc. with me to New Jersey because it's a book of short stories and I've found that when traveling short stories can be excellent for those stop-and-go moments when you can't sit still long enough to read an entire novel. As it turned out, I had tons of reading time on vacation. My granddog and I had a terrific time reading together. 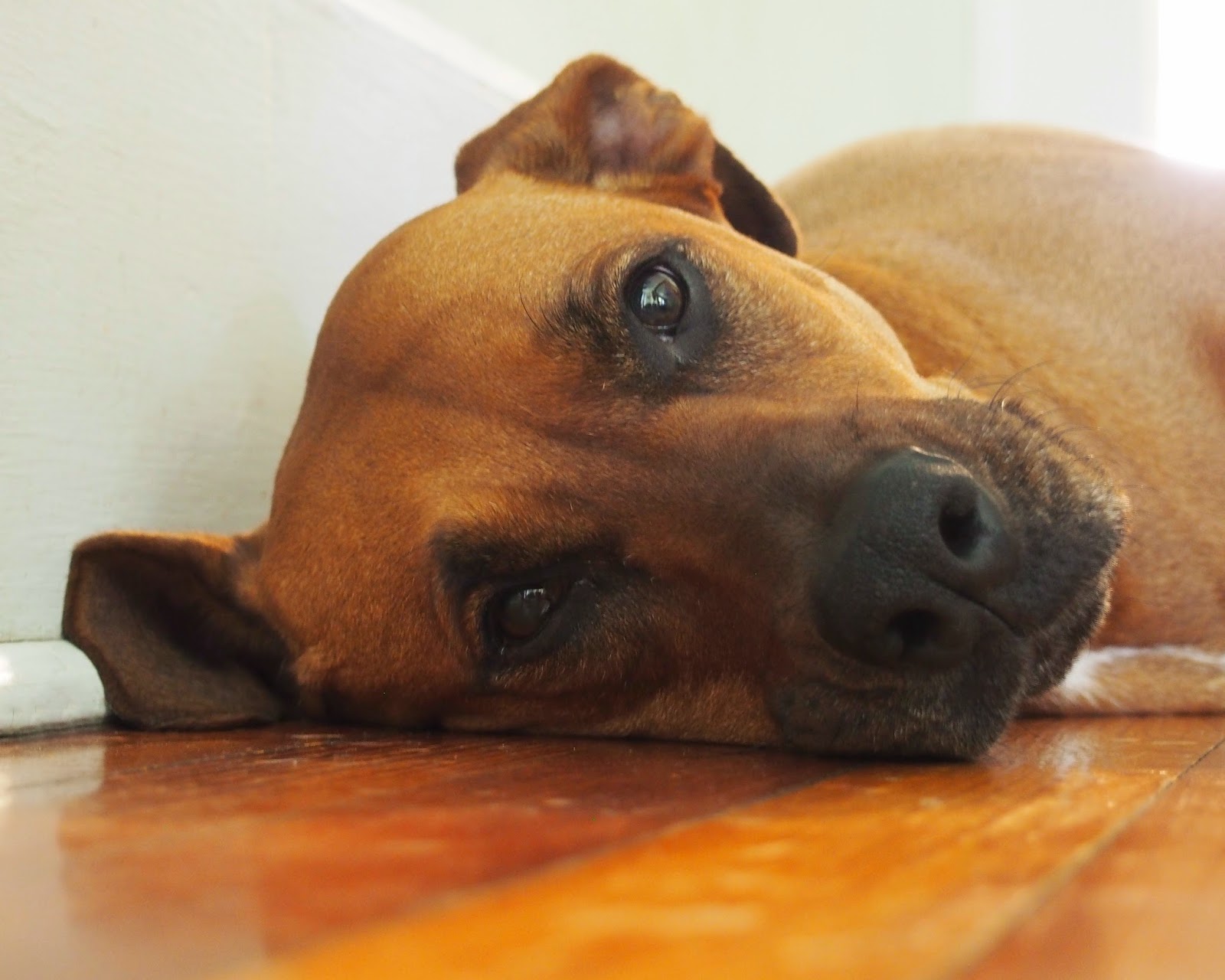 The stories in The Scatter Here is Too Great are all set in Karachi, Pakistan and they're centered around a deadly bomb blast.  The author tells the same story from a number of completely different perspectives. And, in some ways they are interconnected -- the father of a character whose story you've read early in the book may appear later, telling his own version of the events, for example.

Unfortunately, I found that the biggest problem I had with The Scatter Here is Too Great was in trying to figure out how the characters were connected. I enjoyed the stories, found the setting fascinating, liked the way Karachi was -- yes, I've read the claim that saying so has become a cliché -- a character in and of itself. I did think the setting had a life of its own, so I don't mind sounding a bit cliché. Once I realized that I was trying too hard to figure out those connections, I enjoyed the reading a lot more. In the end, though, because I wasted so much time trying to figure things out instead of just immersing myself in the stories, the book ended up being an average read.

Recommended but not a favorite - Solid writing, vivid setting but I think the book would have had more impact without any character crossover, which I found bogged down the reading for me. 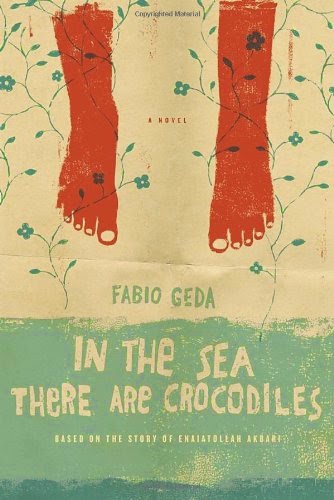 In the Sea There Are Crocodiles by Fabio Geda
Copyright 2010
Doubleday (retelling of a true story)
Source: Sent by friend

In the Sea There Are Crocodiles is the retelling of a child's escape (at the age of 10) from his dangerous home country. Even though the story doesn't take place anywhere near the North American continent, given the current immigration crisis along our American/Mexican border, I consider it relevant because of the similarities. A child in danger is taken from Afghanistan to Iran by his mother with the help of a a friend involved in human trafficking. At a mere 10 years of age, he must figure out how to survive and then keep moving from one country to another, seeking a better life until finally he reaches asylum in Italy.

The story of Enaiatollah Akbari is told by an Italian novelist who tried to write the book as it was told to him. Although he admits that the details cannot possibly be perfect because Enaiatollah was young and reconstructing memories will always contain imperfect elements, it doesn't matter. The story has a tremendous impact because it allows the reader to view the unforgiving life of a refugee child as he is abandoned by a mother who loves him too much to even say "goodbye" then moves from job to job and country to country, from Iran to Turkey to Greece then finally Italy. Occasionally beaten, stolen from and "repatriated" to a homeland where he faces almost certain death, In the Sea There Are Crocodiles gives you an idea what it's like to be a child refugee dealing with human traffickers and people who aren't interested in giving a child asylum.

In the Sea There Are Crocodiles has been translated from Italian to English (translator: Howard Curtis) and I think the translation is done well. There was never a point that I felt like I didn't understand what a particular sentence meant. It's told simplistically but it's a harsh story and not all books are told with lyrical beauty. I disagree with a reviewer who believes the book should be labeled YA merely because of its simple language. One must remember that it was told by a man whose first language is not Italian, written down as close as possible to the way it was related and then translated. Simplistic or not, it's a story whose horrors make it a very adult read. There are humorous and touching moments in addition to hardship, which helps keep the book from being an exhausting downer.

Highly recommended - Especially relevant to Americans as our leaders are in the process of deporting refugees from South and Central America. An eye-opening story of what it's like to escape a life of terror, only to face hardship and deportation. I actually cried with relief when Enaia finally found sanctuary in Italy.

©2014 Nancy Horner. All rights reserved. If you are reading this post at a site other than Bookfoolery  or its RSS feed, you are reading a stolen feed. Email bookfoolery@gmail.com for written permission to reproduce text or photos.
Posted by Bookfool at 6:15 AM