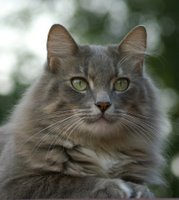 It took me about 8 hours to come up with a title. Isn't that pitiful? I wanted one that sounded upbeat but inane. How'd I do?


Five things I feel like saying "Wahoo!" about, today:

1. It's not in the hundreds, outside. Anything under 90 degrees is thrilling, right about now.


2. Nat posted the Five Most Interesting Things she's Ever Done and, as expected, they're the kind to turn one green with envy (travel bugs in particular). Nat has a fabulous blog. Thanks for carrying the Interesting Things on, Nat!!!

3. My youngest son tried out for the Mock Trial team at his school. This was totally unexpected, although his big brother was a lawyer in Mock Trial (a group in which the chosen teenagers simulate a trial; this kind of activity would be quite challenging for Will because his writing skills are weak). Big brother Daniel won the "Best Lawyer Gavel" at least twice. I'm not sure how many gavels we have sitting around, but at least two. I'm just thrilled that Will was willing to try out, as it required preparing and presenting a 3-5 minute speech.

4. The neighbor's cat posed for me. Actually, she really just tolerated me while I took her photo. Close enough for a wahoo.

5. I've had a terrible time putting down one of my current reads: Girlfriend in a Coma. I love that.

Actually, there are 6. I got a new pair of shoes.

On the down side, the wait for Will during his Mock Trial tryout was kind of horrible. Because he's in athletics, this semester, we don't have to deal with the after-school rush. People do not park in parking spaces; they cram the aisles in a ridiculous, totally unnecessary log-jam and don't even leave room for people to pass (instead, parking in two parallel rows in the wide space between the parking rows).

One woman leaned on her horn and shouted a string of half-incomprehensible invective (unfortunately, the nasty words were the easiest to understand). We were *all* boxed in, but she apparently couldn't see past one very large truck and sent a giggling male emissary to tell the driver to move. He opened his door and said, "Just where do you expect me to go?" He was just as stuck as everyone else. Ugh. I sat and sweated, read when I could (not while that woman was shouting) and fretted about what the heck I'm going to do when I have to face that traffic in the spring.

Bookfool Who is Glad to Be Home. Wahoo!
Posted by Bookfool at 8:59 PM