Stolen from Hey Lady Trish, because it's true. I'm lame:

I have a mental laundry list, you see. But, just like a written list (I have at least two of those going, at any given time), there are items I keep putting off and moving to the "new" lists that I create each day. Only, since this one's mental, I don't even get the satisfaction of making a little check mark in a column. I love ticking things off of lists. Anyway, I've mean to thank Care for this little award for eons. I'm probably the last to receive or post about this award and I was feeling pretty unloved. I mean, the cat likes me but some days I yearn for more. And, in fact, the cat had a tummy ache, this week, so even she was pretty unfriendly (she's improving). Thanks, Care!!!

Book-a-rama Chris gave me another award, but I have to confess . . . I don't get it. This blog inspires closeness? I think that's what it means. 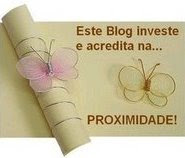 Typically, the awards have been around the block and back, so to speak. So, I'm just going to say "Thank you," and move on. Thanks, Chris!

I'm going to try to catch up on book reviews after cleaning our so-called "office" (meant to be a bedroom; used like a closet). It's a big job but somebody's gotta do it. But, wait! My son mentioned this fun site, Sad Guys on Trading Floors. I happen to know that a guy I went to school with, who never said a negative word to anyone (unless you count that crack about the Dorito) has been the Vice President of Global Affairs on the NYSE, for a time -- since he gave up that posh government job in protocol. So, while I was chatting with the son, I flipped through the photos to see if Jeff was in there, anywhere. Sure enough, there he was on page 3: 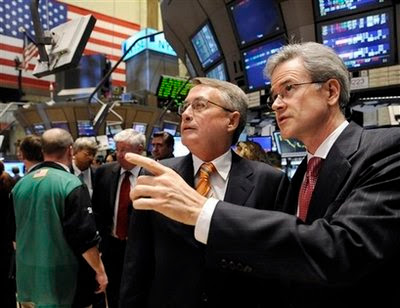 The dude on the right. That's Jeff. He used to have gorgeous black hair, but now he's distinguished. And, looking maybe a bit angsty, but it's hard to say. Jeff is a really upbeat guy. I hope this week didn't kill him. If you are currently friends with Jeff, tell him I wish next week is better -- partly because I talked my kiddo into chucking his summer earnings into a mutual fund. Har. Let's just call that "long-term investment", shall we? So much for the idea of saving for college.

I'm not making my giveaway a sticky post, so don't forget I'm giving away a book. I'll keep reminding you. Next up, a string of book reviews, probably low on chatter (but you can never tell, with me, can you?).

Email ThisBlogThis!Share to TwitterShare to FacebookShare to Pinterest
Labels: misc