Today's Wahoo! Wednesday! Yes, a wee bit late in the day, but I have to tell you . . . you're going to laugh at this, but when I decided to make today Wahoo! for Cats Day, I had no earthly idea just how many cat photos I've taken. Wow, was it a chore wading through all those files! But, here you go. Because the book Dewey is showing up everywhere and I've had cats on the brain, some cats to wahoo about: 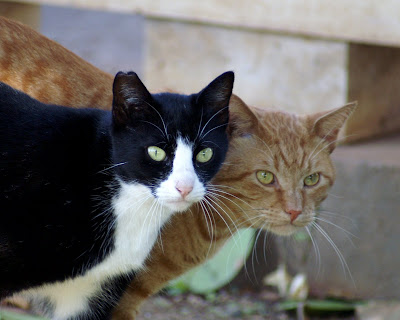 Wahoo! for giant cats that sniff poppets and nearly frighten their hoods off: 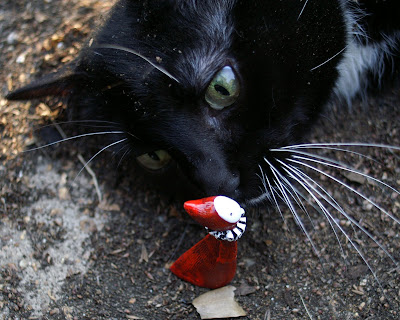 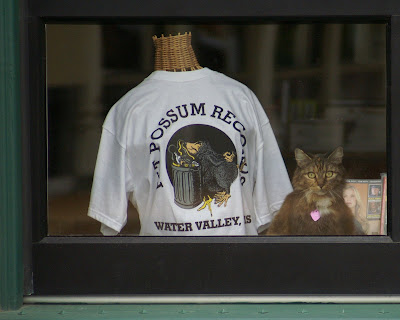 Wahoo! for friendly stray cats who must say "Hello!": 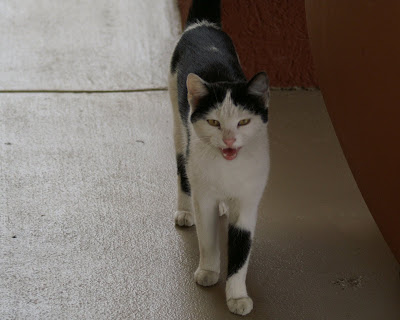 Wahoo! for dirty cats -- even if they're mine and all that dirt ends up on my carpet: 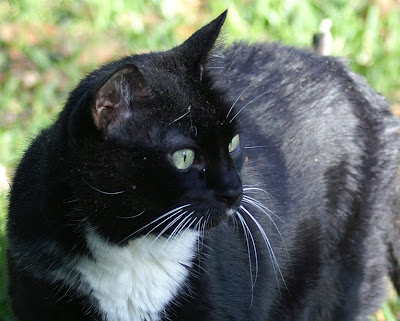 Wahoo! for the gorgeous, extremely friendly neighborhood cat that I'd really like to swipe: 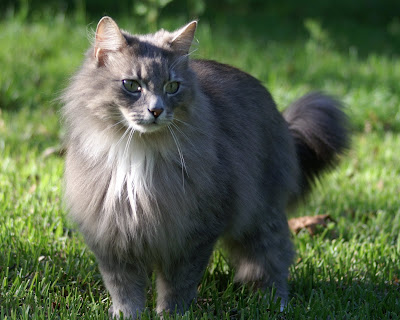 Wahoo! for vampire kitties who look totally innocent until the leg gets too close to the teeth: 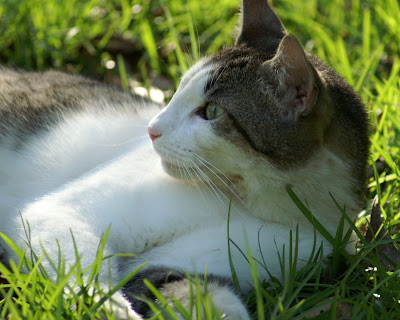 Wahoo! for the childhood kitty who made life so much more bearable and didn't throw up at the sight of that wild bedspread: 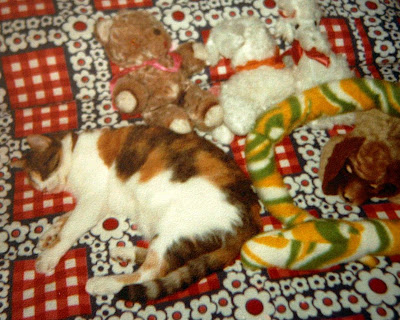 Wahoo! for fake cats upon whom you can rely for a consistent pose: 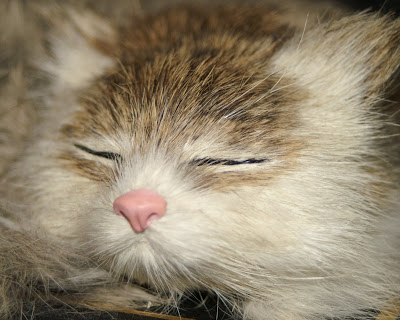 Wahoo! for the best cat, ever -- the little puppy cat that followed me around, napped with me, told me when the bathwater was too hot or too cold and let me carry her around like a baby. I'll never stop missing this one: 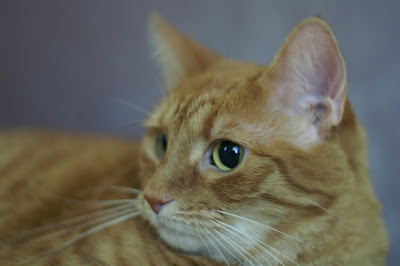 Happy Wednesday! Wishing you many furry wahoos, preferably the kind that don't bite.
Posted by Bookfool at 7:51 PM