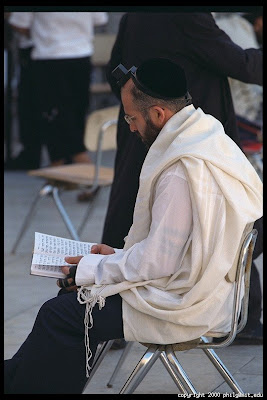 Time to look back at another wahooey reading month!! This month, my reads are not listed in chronological order for reasons I won't go into. I started to go into them, but I was putting myself to sleep. I'll link up to my reviews, where applicable.

NF = Non-Fiction
YA = Young Adult
Ch = Children's
March Reads in Review:
1. Haunted Encounters: Ghost Stories from Around the World (NF) - An anthology of ghost stories written by professional writers who have had ghost encounters. Beautifully written and one of the most believable collections I've ever found. Could not put it down.

2. Zig-Zagging: Loving Madly, Losing Badly . . . How Ziggy Saved My Life by Tom Wilson (NF/Memoir) - The Ziggy creator's son tells how he took over the strip from his father and survived losing the love of his life. Touching, funny, sad, beautiful -- and plenty of Ziggy cartoons to enjoy.
3. It's a Green Thing: Diary of a Teenage Girl by Melody Carlson - The fictional diary of a teenager, daughter of a rock star and new Christian. The single most preachy book I've read in eons. I only finished it because it was a very quick read.
4. Throw Out 50 Things by Gail Blanke (NF) - Just what it sounds like, only she goes into throwing out mental clutter as well as objects. I really enjoyed this book, but I need to reread it, already, and really get to work.
5. The Musician's Daughter by Susanne Dunlap (YA) - When 15-year-old Theresa's father is killed and his valuable violin is stolen, Theresa sets out to solve the mystery and begins working as a copyist for Franz Haydn to help her family survive. I will review this one later and coordinate the review with a guest post by the author. Excellent story.
6. Sometimes My Heart Pushes My Ribs by Ellen Kennedy (Poetry and short stories) - It made me see everything as a potential poem.
7. As Shadows Fade by Colleen Gleason - The 5th and final book in the Gardella Vampire series. Bittersweet, action-packed and romantic. I will miss this series, but I was satisfied with the ending.

8. Mrs. Meyer's Clean Home by Thelma Meyers (NF) - Tips for cleaning anything you can name in your household, mostly using natural ingredients like salt, lemon, vinegar and baking soda. I'm keeping this one in the utility room for future reference.

9. Ghost Cats of the South by Randy Russell - I would classify these as legends, not real ghost stories, but they're beautifully told. Lots of witches and scary cats with glowing eyes.
10. Images of Madison County by Stephen Kirkpatrick - Mississippi photographer Kirkpatrick's 9th book of nature photos with text written by his wife, Marlo. I love his photography. I once took a workshop led by Kirkpatrick. He's an interesting man.

11. An Offer You Can't Refuse by Jill Mansell - My favorite British chick lit author hits the American shores with a book about a girl who accepts her boyfriend's mother's offer to pay her to break up, but only because her father has thugs after him for a gambling debt. Can she win her first love back, 10 years later? Loved it, of course!

12. Love Begins in Winter by Simon Van Booy - Oh, Simon, Simon. You can do no wrong. Another book of short stories, so awesome they made my toes curl. No wonder all the women are crazy about him; it's not just that Welsh accent. I'll review this one, soon.

13. 10 Things I Hate About Christianity by Jason T. Berggren (NF) - A Christian discusses things he dislikes about his own religion. I absolutely loved this book. There were a lot of, "Me, too!" moments.

14. Yesterday's Embers by Deborah Raney - A widower takes up with a new woman within weeks of his wife's death, not realizing that he is diverting himself from grief. But, they're both determined to make the relationship work. This is a Christian romance but the Christianity is just a part of characterization -- no preachy stuff.
15. Agent to the Stars by John Scalzi - An alien that looks like a blob of Jell-o hires a Hollywood agency to help introduce him to humanity. This book has much more depth than you might imagine, but it's also witty and fun. Loved it.
16. Who by Fire by Diana Spechler - This book is hard to summarize in 25 words or less, but it's about a dysfunctional family divided by loss. Read the full review if you missed it. Note the Jewish fellow reading (a prayer book?) at the Western Wall, above. I thought his outfit sounded very much like the description of Ash's clothing in the book.

17. The Ever-After Bird by Ann Rinaldi - Young Cecelia and her uncle Alex travel with his black assistant to the South to seek out a scarlet ibis for him to paint and encounter the evils of slavery. This one will be reviewed in the next issue of Estella's Revenge. I liked it, but I didn't love it.

18. The Girl She Used to Be by David Cristofano - Melody has been in the Witness Protection program for 20 years. Bored, she pretends to have been found so she can change her life, again. But, she really has been located by someone from the Mafia family that wants her dead. Lots of action and a unique story. Review forthcoming.

19. Otto Grows Down by Michael Sussman (Ch, ages 4-6) - Adorable story about a boy who wishes his sister had never been born and gets his wish. But, time keeps going backwards. Can he stop it before he disappears? So, so sweet. I just love this book.
20. Monkey Monkey Monkey by Cathy MacLennan (Ch, ages 4-6) - A hungry
monkey searches for monkey nuts and then his father swoops him up and carries him home, where there's a big pile of nuts waiting and lots of cuddling. Adorable with gorgeous illustrations.

Yesterday, I received an ARC of SLOB by Ellen Potter in the mail. I started reading it and could not put that sucker down, so I was up a tad late. It's slated for release on May 12 and I think it's the most funny, witty, brilliant YA I've read in ages. If you're a YA lover, you really must stick this one on your wish list.

Today, I'll finish The King with Horse's Ears and Other Irish Folk Tales by Batt Burns. I like to drag out the reading of short-story books to let each one roll around in my head a bit before moving on, so this one has been in my sidebar for a while. I'm hoping to finish up the rest of the sidebar items this weekend, then start up a new batch. Gosh, isn't reading such fun?