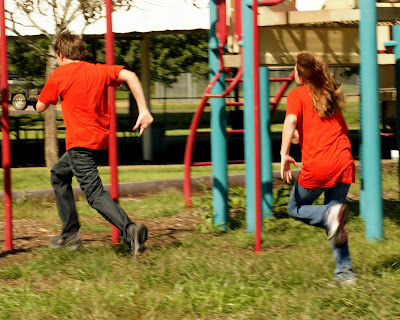 That last post was just way too black and white for me, so to break the monotony I have a few photos to share. My son's high school swim team's "official" team photo (for the yearbook) was taken on Thursday. I'm just a Mom with a Camera -- not an official photographer -- so usually the photographers just ignore me when I lurk at their shoulders, taking the same picture that everyone else is paying for. This time . . . well, the pro and I have conversed a few times and he asked me for my swim blog URL. I assume that's the reason he was a little prickly with me. He knows I can actually take a decent photo or two, now. Oopsy. 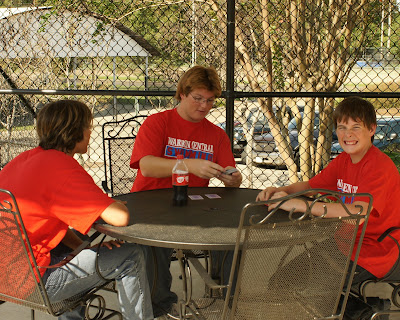 Anyway, it took him forever to arrive, so while we were waiting the kids occupied themselves. They tossed balls or played cards (that's my kiddo in the middle, dealing the cards, above). Some of them went to the playground to climb, chase each other, play ball and swing on the swingset --all of which was frankly adorable. And, then the photographer arrived and, man. He was snippy! The kids had voted to wear their team t-shirts with jeans rather than their swimsuits, just to avoid standing out in the yearbook as the only sports team members dressed in skimpy clothing. The photographer was peeved. He wanted them in the water. Because he was such a pain, the kids started quietly pulling me aside to ask me to take buddy photos. 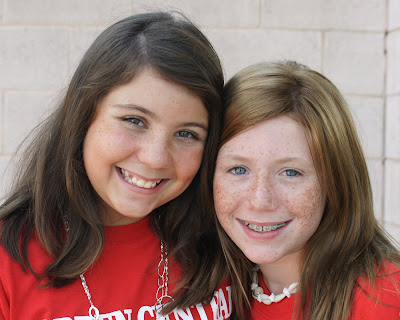 Such fun. The coach also asked me to snap a photo of him with the team captains, but I had a slight problem in that the boys' captain wanted to look down. He has these gorgeous baby blue eyes and I could not get him to look up! But, since I know him, I figured he'd laugh if someone slugged him and encouraged the girls' captain to give him a gentle punch. Instead, she reached over and twisted his nipple. Yeeeow! 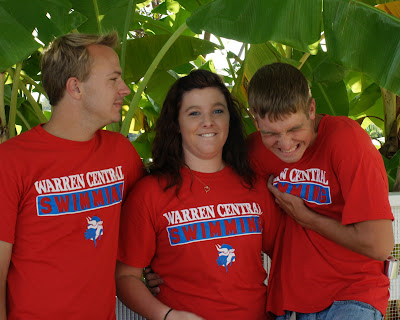 That was a moment, people. And, of course, I was right. When he looked up, his eyes were wide open and he was laughing. How lucky am I, getting to hang out with this bunch? 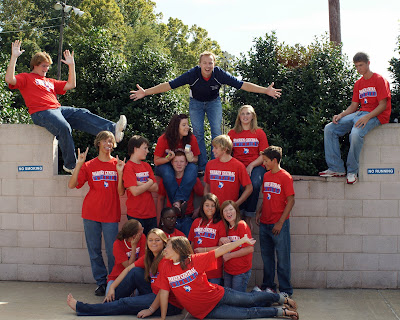 Email ThisBlogThis!Share to TwitterShare to FacebookShare to Pinterest
Labels: photos and not much else