Quotable QTuesday: In which three fictional characters in times of old share their thoughts about women 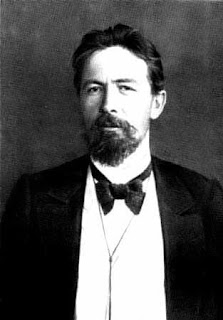 No, but the logic of it! A Man's ready to hang himself -- and she won't pay up because, oh dear me, she's not inclined to concern herself with money matter! A real piece of feminine logic! That's precisely why I never have liked and never will like talking to women. I'd rather sit on a barrel of gunpowder.
Then, later on, in the same play . . .
This is something like a woman! This is something that makes sense to me! A real woman! Not some whingeing, whining, wishy-washy creature, but fire, gunpowder, skyrockets! Shame to kill her, in fact.
Smirnov talks of Popova in "The Bear", a play from The Sneeze by Anton Chekov
I'd love to see this play performed. It was hilarious reading. 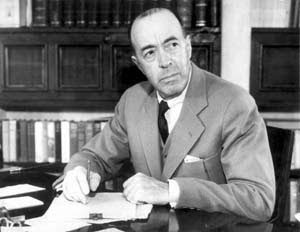 My heart sank within me. The sorapus nutshell had proved a false prophet, and, after all, my intuition had been correct -- it was the left-hand channel that I should have followed.
Had I been a woman I should have wept.
John Carter, upon his failure to determine the correct path in The Warlord of Mars by Edgar Rice Burroughs
Right. Because all women are simpering wimps who collapse at the realization they've made a poor decision. 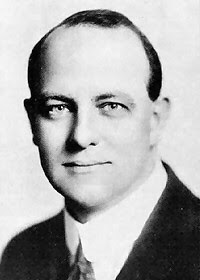 'Women,' said Psmith, helping himself to trifle, and speaking with the air of one launched upon his special subject, 'are, one must recollect, like -- like -- er, well, in fact, just so.'

Psmith, losing his characteristic wit for a brief moment in Psmith in the City

You seriously have to love the guy for dodging the issue in such an adorable manner, don't you?

And a couple of Psmith's remarks on work:

'This,' he said to Mike, 'is undoubtedly something in the nature of a set-back. I have drawn blank. The papers bring out posters, "Psmith Baffled." I must try again. Meanwhile, to work. Work, the hobby of the philosopher and the poor man's friend.'

'I fear,' he said to Mike, as he resumed work, ' that as far as Comrade Rossiter's friendship and esteem are concerned, I have to a certain extent landed Comrade Bannister in the bouillon; but it was in a good cause. I fancy we have won through. Half an hour's thoughtful perusal of the "Footballers' Who's Who", just to find out some elementary facts about Manchester United, and I rather think the friendly Native is corralled. And, now once more to work. Work, the hobby of the hustler and the deadbeat's dread.'

Wait! One more quote because I am so in love with Wodehouse that I must share.

Mr. Bickersdyke sat in his private room at the New Asiatic Bank with a pile of newspapers before him. At least, the casual observer would have said that it was Mr. Bickersdyke. In reality, however, it was an active volcano in the shape and clothes of the bank-manager.

Who would you want to hang out with? Chekov? Burroughs? Wodehouse?

Email ThisBlogThis!Share to TwitterShare to FacebookShare to Pinterest
Labels: quotes