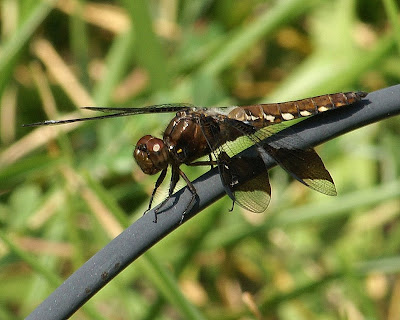 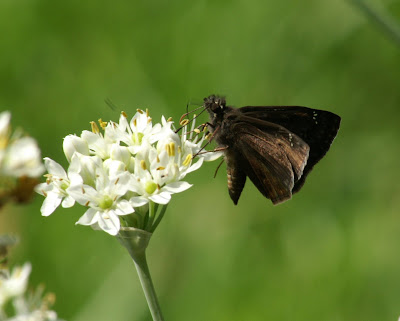 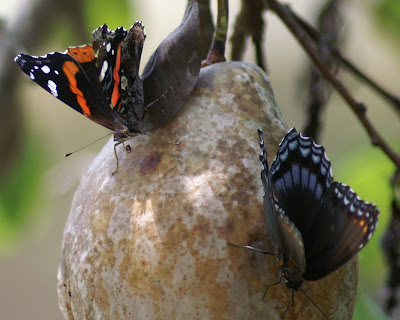 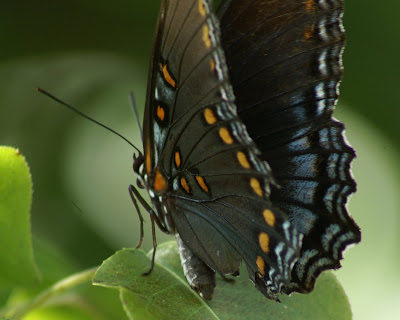 That's the wordless winged wahoo part - lots of fluttering going on, down here. And, now . . .

Blogger Magic! A mere 6 months after the fact, I have finally managed to view the two comments that have been lingering in my comment section without showing up when I hit the link to approve comments. Maybe the Blogger Fix-it People have been immersed in fixing whatever kink tied up such stuck comments and that explains the weird stretchy sidebar goings-on. Who knows. But, anyway -

Andi - sorry for just now seeing a comment you made in February. The answer was "yes". Actually, I already did what you asked me to do. Suitably vague, you think?

And, Carrie K. - I just approved a comment from March. It made me laugh. I'd posted a photo of my eldest on a chess board in France and you said, "He's so tiny!" So, thanks for the belated laugh!

She was really just lonely. Apparently. Our Miss Spooky kept whining at me, last night. She fussed and she yowled and she complained. I figured she was just hungry. Now and then she goes completely nutso and I have to try four different kinds of food before she finds one that she's willing to eat. But, when I fed her, trudged off to take a bath and heard vigorous scratching and howling at the bedroom door, it became apparent that I simply misunderstood my fur person. I hurried a little and let the kitty into the bedroom, hefted her little body onto the bed and gave her a hug (yes, she actually kind of likes hugs) and a good, long neck rub with a bit of soothing talk. That did it. She gave me the blinky-eyed look of contentment, purred heartily, curled up in a ball and . . . well, she sort of snored. Or talked in her sleep - it was an interesting sound. Anyway, I guess I need to give the cat a little more attention.

I got an interesting mass message from one of the band parents, today, saying the fund-raising food orders were in and "Please send your children a text to remind them to pick up [the orders] before they leave school." Does this strike anyone else as bizarre? First of all, the kids aren't supposed to have cell phones turned on, while at school. Second, it strikes me as odd that anyone would assume that every child carries a phone and every parent is willing to pay for text messaging. We loan a phone to our child when he needs one. Text messages are verboten. Neither of us sees any reason to pay extra for texting when a call will suffice. Are we unique? I'm just curious. My son and I had, in fact, already communicated in the old-fashioned way . . . in person. He informed me that the orders would be available to pick up, last night, and we came up with a slightly altered after-school plan. No biggie.

Bookwise: I'm back to reading God is My Co-Pilot and it's getting exciting. The first half was a bit of a yawn - the usual background and training (apparently, this is typical in a war-pilot memoir), followed by a whole lot of hauling mail and a few stories with really, really detailed geography. And, if you've been following the news about Miss Teen South Carolina, you know that we "U.S. Americans" are terrible at geography because we lack maps. So true. I did own an atlas. But, it was unfortunately a total loss after we were flooded. Since I no longer own a decent world atlas and Google Earth is not handy in my reading corner, I'm probably not learning as much as I should from the author's descriptions of his flights over Asia, but it's definitely become gripping since he ceased flying transports and began flying a fighter plane. More on that, later. And, I'll try to get to reviews of the last three books I finished, soon.

Wednesday is almost over and we're about to chug on into Thursday. Hope everyone had a terrific day!

Bookfool who could use a nice world atlas for Christmas
Posted by Bookfool at 3:27 PM