You'll just have to forgive me, in advance, for all the heat-related comments I'm bound to make. I can't help it. I was meant to live in a snowy , frigid, wear-thick-waterproof-boots environment. Or, at least one where it sometimes snows. You know, like more than every 7 years, on average. I'm not complaining. I'll take the snow when I get it. Now would be nice. Even some melted snow would help.

1. Wahoo for the beautiful butterfly I spotted on Monday: 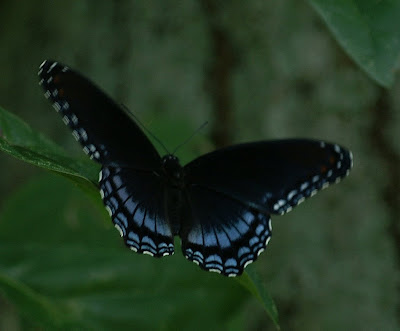 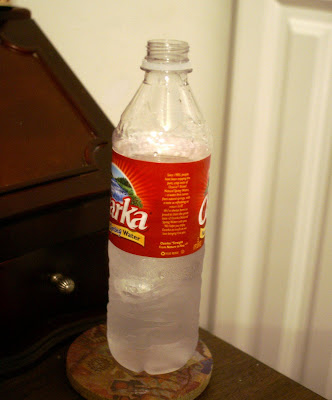 3. Why is the Colonel smiling? Well, obviously he's feeling very wahooey. Plus . . . 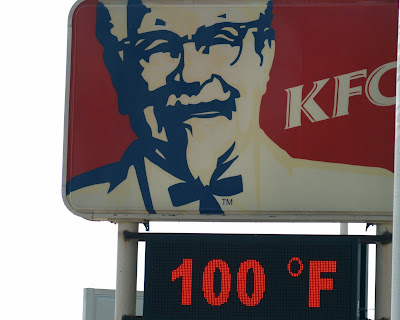 a.) Nobody really wants to cook in this weather.
b.) The temperature dropped! We'll just overlook the fact that it still got to 101, okay? And, that the humidity actually has gone up.

Wahoo for drive-through food and any kind of break at all in the weather.

4. Wahoo for a warped sense of humor that helps me get through the day: 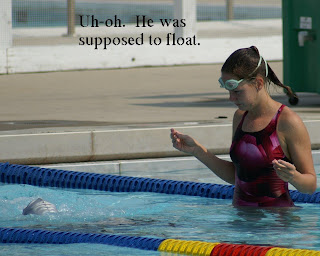 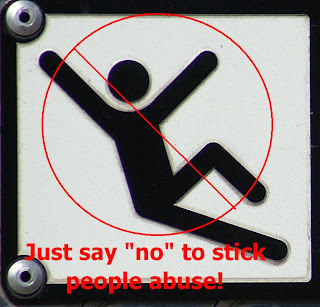 5. In the "historical documents" category . . . Wahoo for parents who were a very good influence in many ways (cuddle-bunny dad, reading mom - Dad was an avid reader, too). This photo was taken a million years ago, on a vacation in Colorado. 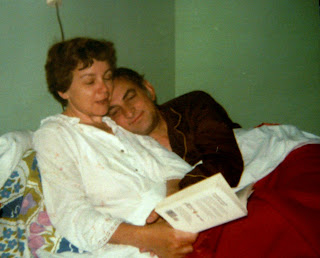 Reading-wise: I finished Voyage by Adele Geras, a book that is so short it didn't even make it into my sidebar. Although, admittedly, the brevity probably doesn't have much to do with the fact I haven't been updating the sidebar, lately. Voyage is an Estella's Revenge review book with a cast of characters traveling in steerage on a ship crossing the Atlantic Ocean. I liked it. And, you know what I'm going to say next . . . I'll post a link to the review when the September Estella is up.

Speaking of that sidebar, all the other books in my "current reads" are mouldering on the bedside pile. I can only handle one at a time and it has to be light or short. I plan to get back to all three of the books I've set aside, but don't hold your breath.

And, what's up next? Oh, gosh. Want to hear a readers' horror story? I took two series books with me to school pick-up, today. While I sat sweating lustily in the heat of my car, I pulled out first one and then the other. The first was Shopaholic and Sister. I read exactly 3 paragraphs before realizing, "Oops, the only one I haven't read is Shopaholic and Baby." Sigh. That one went back in the bag and I pulled out Bury the Lead by David Rosenfelt. I read the acknowledgments (yes, I usually read those; I have no idea why) and the last sentence said thank you to those who have written to the author about the first two of his books. Okay, darn it. I've only read the first, Open and Shut. Back in the bag. My big basket of emergency books was removed to fit the two new chairs on Sunday. It's still in the living room. I'll figure out what to read after I soak. I definitely need to soak.

I should wahoo about this, but I'll just tell you that having an extra passenger on the drive to the pool can be rather fun. Among other things, our rider has recently said:

"My granddaddy promised me his Jeep when I was three years old. That was before he went blind."

"126 people have to die before I can become the Queen of the Isle of Man. I'm plotting. 120 of them are already dead."

This could be a very interesting year.

Off to soak. Hope to get some of the backlog of reviews done, tomorrow. Have a wahooey day, wherever you are!
Posted by Bookfool at 12:21 PM