Winners of that baby book . . . too tired to type the title 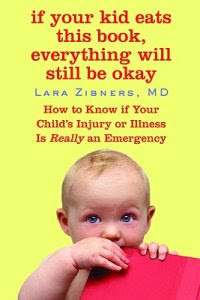 Oh, what a day. My kiddo is not so young as the child at left and he dragged me to Transformers 2, probably the most exhausting movie I've seen in a long time. So, I'm a bit late, but the winners are . . .


Congratulations! And, please be patient with me. It might take me a couple of days to contact you because I have a busy weekend ahead. I may be offline for a few days.


Here's what you guys would have named the baby (with a few of the cute comments made by participants:


Noah - See how nicely NOAH goes with "Noah! NO SIR! That is ICKY."

Maynard...there was some old commericial on TV and the kid wasn't sure if he wanted to eat the product in question and the dad said: "Good stuff, Maynard."

His name is Carter Hagan- and he will be a football player - strong with no emergencies.

I think the child looks like a little girl named Lexie.

I like Cathy as a name for the kid. Sort of upbeat and not fussy!

It's definitely a boy...I'll call him Little Lord Fauntleroy

Mikey. As in "Hey Mikey! He likes it!" from the old cereal commercials.

Oh, that baby is definitely a Rupert.

Laurence is what he should be named.

It looks like a boy to me...Clarence Hofflemyer of the Rhode Island Hofflemyers. His family is very wealthy and are horrified to find him regularly chewing on furniture, etc. when the nanny is chatting on the phone instead of watching him...

I think it's a girl. And since she reminds me of my niece who can't keep her mouth off anything...I'm calling her Rachael.

I'm going to go with a boy named Norman.

It looks like a boy and I would go with the name.....sticky!

I think the kid's a girl, and I would name her Stella. She looks like she'll be a star one day with a cute face like that!


I'm particularly fond of Theopolis Leroy and Clarence Hofflemyer. I have no idea why.


Thanks to all who participated! That was fun. :)
Posted by Bookfool at 11:21 PM