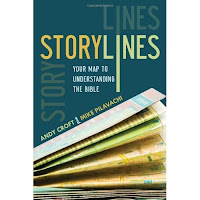 If the old covenant was based on a peace treaty and the picture of marriage, and it didn't work because the people could never meet the obligations, what would be the basis of the new covenant? Would God take some of the obligations away to make it easier? Maybe under the new agreement the Ten Commandments would be swapped for the Ten Polite Suggestions? Maybe God would soften the penalty clause--perhaps only community service as punishment?

Many of us have been Christians for years--we've read the Bible and heard the talks--yet we can still forget the amazing terms of the new covenant. In this covenant God did not water down the obligations, he did not abolish the penalty clause--he would cease to be holy and just if he did. He knew that whatever he did we would never be able to meet the obligations and so, when it came to the new covenant, God didn't make it with us, he made it with himself! Father and son shook hands on the deal. The nature of this covenant is spelled out in the book of Hebrews:

Christ is the mediator of a new covenant, that those who are called may receive the promised eternal inheritance--now that he has died as a ransom to set them free from the sins committed under the first covenant. In the case of a will, it is necessary to prove the death of the one who made it, because a will is in force only when somebody has died; it never takes effect while the one who made it is living. (Heb. 9:15-17)

Whew! Heady stuff. When I opened Storylines, I think what I expected was a book-by-book summary of the Bible, but that isn't the case at all with this book. Instead, it's more of a graceful but humorous analysis of the interconnections within the Bible. For example, the authors talk a lot about the prophets of the Old Testament and how their prophecies tie in with the actual events in the New Testament.

You can look at the book and say, "All this says is that the Jesus Dude knew his stuff and set out to do exactly what the prophets said the Savior would do." Maybe some people look at the New Testament and the entire Jesus thing that way. I have, at times. But, I think that's the lazy way out. The Bible is utterly fascinating and it's in those connections that the story and meaning of Christianity and where it came from is most revealing.

Admittedly, I was disappointed because I didn't understand that, "Your map to understanding the Bible" meant something different than what I was hoping for. But, I enjoyed Storylines. It's very basic. Much of what's in the book has probably been read before by Christians who enjoy reading about the Bible and digging in a little deeper. The best thing about Storylines is the writing. Somebody -- or both of the authors -- has a great sense of humor. They're British; maybe that has something to do with the dry wit. Needless to say, I enjoyed the reading in spite of the fact that the book was not quite what I'd anticipated.

3.5/5 - Very general information about the connections between the Old and New Testaments and what they mean to us, written with humor but occasionally a tiny bit dull because it was rehashing things I've already read (which may not be the case for everyone, so bear that in mind when you look at my rating). I liked the book and consider the writing clear and enjoyable. I'd especially recommend this to people who are just getting started really digging into the Bible.
Posted by Bookfool at 3:30 PM