Since I'm Still Up

It's nearly midnight, but we're up guiding the 9th-grader while he finishes some last-minute touches to a report and diorama. He's pretty decent at forming coherent thoughts but he can't spell worth a flip and he still needs some help with his grammar, so here we are. The kiddo wouldn't have kept us up quite so late, had he not fallen asleep. His days are long so I let him nap until the time factor reached critical status.

So, here's what I bought at Target, yesterday. I set out in search of the totally rocking red lamp that Andi 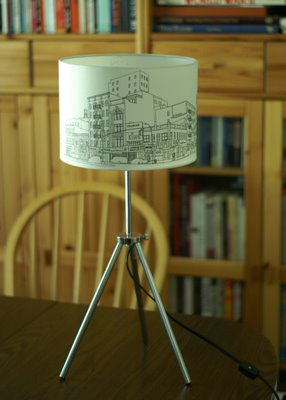