The Broken Shore by Peter Temple 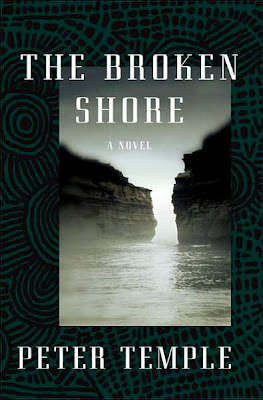 This one's an Advanced Reader's Copy that I'm reviewing for Estella's Revenge, so I'm not going to post the full review on my blog. Instead, I'll post a link when the next issue of Estella becomes available, in April. However, I'll say a few things:

1. It's an Australian crime novel.
2. Peter Temple is an award-winning author in Australia, but his first American issue was released, says Peter in an interview I located online, "to the sound of one hand clapping." Not an auspicious beginning, but not unusual from what I can tell. Australian books seem to have a hard time kicking open the door to America and sneaking in.
3. The slated release date in the U.S. is June of 2007.
4. Don't let the lousy reception of that first book fool you.

For the uninitiated, there's a glossary of Australian terms in the back, which I can tell you I definitely appreciated. Somewhere around here, I have a dictionary of Australian slang but this particular glossary is focused on the terms used within the book.

Happy Monday!
Posted by Bookfool at 10:38 AM

Email ThisBlogThis!Share to TwitterShare to FacebookShare to Pinterest
Labels: books