Three books and a couple of wahoos

Not feeling very wahooey, today, because I'm a little flattened by fatigue. So, just a few wahoos and quick descriptions of the 3 books I've recently finished, without going into great, laborious detail.

1. We've had a very unusual summer, weather-wise: first, intense heat, high temperatures and drought, then a month of rainy days. A lot of the plants that didn't wither up and die from the heat and dry air actually drowned. But, not everything. Wahoo for gorgeous, bright color in the garden (and, for that matter, survivors): 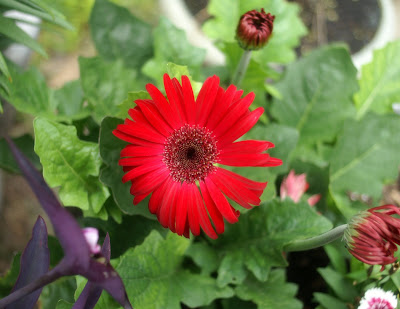 2. Wahoo for fun with poppets. I think they've helped keep me from going entirely insane. For those who haven't visited my little red poppet's blog, lately, our new little blue poppet informed us that her name is Simone. Don't ask. 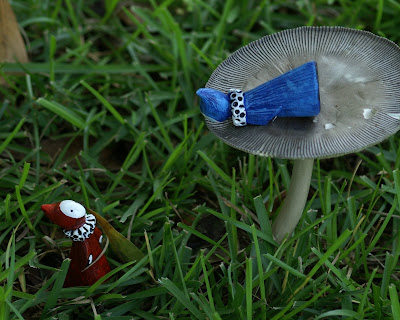 3. Wahoo for indoor plumbing that works, food in the stomach and a roof over the head. Really, that's three wahoos rolled into one, but after reading about life in Haiti . . . well, wow. There's so much we take for granted.

And, on to the books I've recently completed:

1. The Ocean in the Closet by Yuko Taniguchi - This one's a review book for Estella's Revenge, so the complete review should be posted on or about August 1. In brief, it's the story of a 9-year-old girl in California whose mother was born in Japan and is going through a horrible crisis. The little girl, Helen, sends a letter to her mother's Uncle Hideo in Japan, Helen's goal being to try to understand her mother's background so that she can help.

This is a beautiful little book from Coffee House Press, the kind of book that's so pretty it deserves to be displayed prominently. Did I enjoy it? Oh, darn it . . . okay, yeah. But, you'll have to read Estella to know why.

2. Hurricane by Karen Harper - My friend Barbara sent me this book, so I feel bad hating it as much as I do. The story is about a woman named Julie who has inherited an island in the Florida Keys. In the large building where she used to spend time as a child, she now runs a summer counseling program for young women who cut themselves. When her daughter goes out on a Jet Ski with a young boy she has a crush on and doesn't return with the other girls who were Jet Skiing at the same time, both parents become frantic. There's a hurricane on the way, Julie doesn't like the boy's father, everyone's either angst-ridden or suspect in some way, the boy's father is a former SEAL (good grief - is this one overused in Romantic Suspense, or what?), there's a slick real estate developer who wants to buy Julie's island and a wealthy man whose purpose is obviously to toss blame around . . . blah, blah, blah.

Honestly, this book was just all over the place and the best thing I can say for it is that it was the kind of book that you can read really, really fast and not worry about whether or not you've missed something important.

3. Necklace of Kisses by Francesca Lia Block - I've never read any of the Weetzie Bat series by this author and thought that with a character name like "Weetzie Bat" they must be children's books. Oops. Weetzie Bat is, in fact, a middle-aged woman who is unhappy that the kisses and love have gone from her life with Max. Max is described alternately as her boyfriend or husband. I never actually figured that out.

Necklace of Kisses is a bizarre little fantasy in which the protagonist escapes to a pink hotel, where she meets a woman who has turned totally blue, an invisible housekeeper, a faun, a hermaphrodite and a host of other wacky, mythical characters. I thought Block's writing was magical and loved her emphasis on the senses, but there were times I found it a bit . . . rude, I guess. It's definitely very adult. Weetzie's obsession with clothing became a little tiresome, after a while, but I really liked the fantasy aspect. Here's a favorite passage:

A huge blue butterfly, the size of a hand, flew onto the table. Weetzie and Ping gasped. They had grown up with small orange, white and even black California butterflies, but never one this color or size.

"I knew this hotel was magical!"

"Either that or it's a bad sign of global warming," said Ping.

I thought the book was a pleasant diversion, but I'm not sure I'd read more books from the series. There were a few times I actually was a bit disgusted by the content. Definitely, don't make the mistake of thinking this book is okay for kids. It's not.

Today, I was pleased to see that I'm not the only one who thinks it's best to read about the cold when it's hot outside. From Real Simple magazine's article on ways to keep cool during the summer:

Relax with A Winter's Tale, The Call of the Wild, Doctor Zhivago or Smilla's Sense of Snow. "Reading about the cold can take your mind off the thermometer, evoking one's own experience of ice and snow," says Walter A. Brown, a clinical professor of psychiatry at the medical schools of Brown and Tufts Universities and an expert in the placebo effect. "It's also a bit of self-hypnosis. Sometimes when I shower and the water is cold, I tell myself it's hot and I can make myself believe it."

Dudes. Psychological validation for my deliberate avoidance of Southern Lit during the summer. I love it.

Must go start the spinning clothing cleaner. Wahoo for not having to wash clothes in a river and beat them on a rock. Hope everyone is having a terrific week!

Bookfool, dreaming of snow and a week in a pink hotel
Posted by Bookfool at 3:33 PM