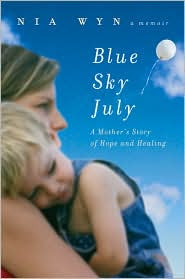 Sam at the corner shop tells me that in Pakistan, a household that has a disabled child is thought to be blessed.

He says it when I'm buying milk over the counter, Joe in a pale blue papoose on my chest.

He looks straight into my eyes and says: "You've been so lucky, there isn't the medicine in Pakistan to save kids like him -- you'd have lost him."

I guess it's like when you're dying;
you see a light
unless you don't.

As I walk back home, Sam's words pierce the cloud between my heart and the sun.

I hardly know Sam.
He barely knows me.

--pp. 24-25 of Advance Uncorrected Proofs (changes may have been made)


As we pass the running children who hold up their heads so easily, I realize miracles are so commonplace we barely recognize them anymore, and near the circles of mothers anxiously comparing milestones at the school gates, I see how we live in a time where
normal is never enough,
and we are never full.

Joe gives me insights I could never have understood without him
and he gives me heartbreak.
To separate these two responses would be impossible. He is equally
beautiful and terrifying.


I just whipped through this book and felt compelled to immediately sit down to review it, Blue Sky July is so moving. I'm going to skip the usual format. Blue Sky July is a memoir told by the mother of a child diagnosed with severe cerebral palsy. At birth, Joe appeared healthy and normal. But, then something went wrong and Nia Wyn knew, despite doctors' reassurances. After a brain scan, Nia and her husband Alex were told that Joe's brain damage was so severe that he would never walk, talk, hear, see or even know they were there.

Instead of just giving in to the diagnosis, Nia and Alex searched for answers and immediately began exhausting rounds of therapy and exercises in which they stimulated Joe by tapping on him, moving his arms and legs, flashing lights on and off, singing and talking to him, taking him to oxygen treatments and healers. Eventually, the fact that their entire life revolved around treatment of Joe became too much for Alex and he moved out. But, Nia refused to give up hope. And, then, the tiniest ray of light appeared when Joe reached out and touched her.

Blue Sky July describes the first seven years of Joe's life, from Nia's blissful pregnancy to the miraculous changes in a child who didn't move or respond to light, sound or touch. I can't seem to come up with the right words to describe this book; it's just amazing. I highly, highly recommend it, particularly to anyone who is grasping for hope.

Just one book?! Yes, but that won't last long. I'm going to dig back into Chameleon, Butterfly, Dragonfly, this afternoon. It was set aside so I could finish The Last Queen, yesterday, and then I picked up Blue Sky July and couldn't put it down. I'm sure I'll add in a novel, today.

Still can't alter it. This is a come-and-go problem. Sometimes a change of browser works. Sometimes switching to another computer does the trick. Sometimes nothing helps at all and I'm just stuck. This sometime I'm in stuck mode; it's been going on for weeks. I'll just have to keep my reading updates limited to the text of my posts, for now. 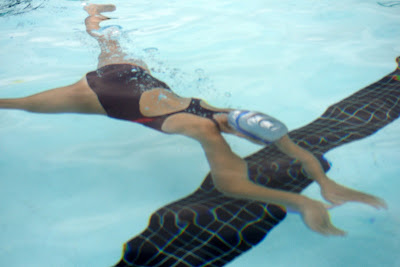 Got tagged for a couple of blog awards and, once again, I've broken the pattern. I can't even seem to locate the posts, now, so I must apologize and say "Thanks", at once, to those who have kindly tagged me. I'll try very hard to keep up with passing on blog awards, in the future. I've really dropped the ball, in the past year.

With apologies to Texas: Thank you to those who chanted with me, causing Ike to jog west. And, to those in Texas, I am wishing a soft landing, a fizzled hurricane, and that Ike will move as quickly as possible in order to reduce the chances of flooding. Best to those in Lousiana, and anywhere else effected by the hurricane, as well.

Gotta go. Things to do and all that lot. Have a peachy day!

Bookfool, who has simply got to quit putting off the housework, period.