The Words of War by Donagh Bracken 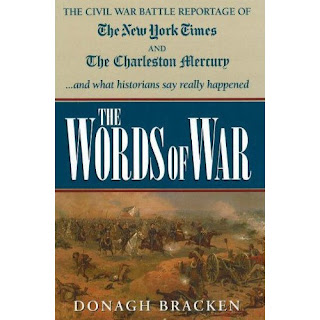 The Words of War by Donagh Bracken
Copyright 2007
History Publishing Company/NF
320 pages, including bibliography & index
Publisher's website
The expulsion of the steamer Star of the West from the Charleston harbor yesterday morning was the opening of the hall of the Revolution. We are proud that our harbor has been so honored. We are more proud that the State of South Carolina, so long, so bitterly, so contemptuously reviled and scoffed at, above all others, should this proudly have thrown back the scoff of her enemies. Entrenched upon her soil, she has spoken from the mouth of her cannon, and not from the mouths of scurrilous demagogues, fanatics and scribblers. Condemned, the sanctity of her waters violated with the hostile purpose of reinforcing enemies in our harbor, she has not hesitated to strike the first blow, full in the face of her insulter. Let the United States Government bear, or return at their good will, the blow still tingling about her ears -- the fruit of her own bandit temerity. We would not exchange or recall that blow for millions! It has wiped out a half century of scorn and outrage. -- p. 2 of The Words of War, quoted from the Charleston Mercury, Jan. 10, 1861
What led you to pick up this book? I've been on a bit of a Civil War kick. I'm afraid it's only just begun.
Summarize the book without giving anything away. The Words of War is nonfiction. It contains dispatches from field reporters for the Charleston Mercury and The New York Times, during the Civil War, as well as notes by the author and "What the Historians Say", at the end of each chapter. The author's objective was to show how coverage of the war was slanted. The book also contains illustrations (which are small, but really add to the sense of place) and reproductions of battle maps. The latter tended to be appear scanned and blurry or pixilated, often to the point that even a magnifying glass was useless. So, I purchased The West Point Atlas of War: The Civil War.
Obviously, that qualifies me as a total nerd. I eventually found that it worked best to read the text in the atlas and study the maps before reading the dispatches in The Words of War. In that way, I became familiar with the generals, land formations, movement of troops, etc., before reading dispatches. I doubt that would be necessary for those who are most likely to pick up this book, but my lack of understanding of the war, its leaders and even the battles (apart from having heard a few names you can't miss, like Gettysburg, and knowing a bit about the Siege of Vicksburg because I happen to live in Vicksburg) was -- and probably still is -- startling. I needed all the help I could get. 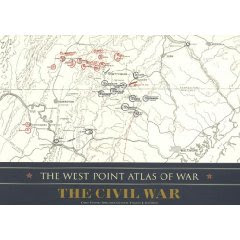 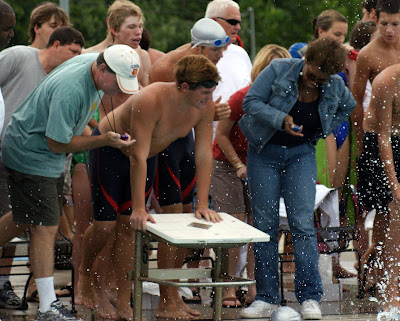 Argh, the son's progress reports are terrible. I'm going to have to cut back on computer time to make sure he's doing his homework. I hate that. But, I still need to work on brevity, obviously.
Off to chew out the son,
Bookfool, apparently not the perfect parent
Posted by Bookfool at 11:59 AM