Blame it on Chris 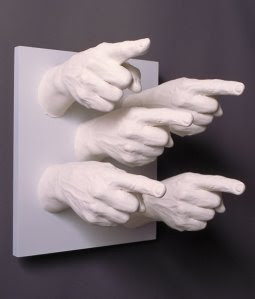 Yes, really, it's all his fault -- Chris of Stuff as Dreams Are Made On, that is. Not that I'm not guilty of influencing a few people to buy books, but this time it's just weird. Are you ready? I bought three graphic novels, last weekend!! How bizarre is that?

I just decided that balance isn't truly balance unless you're willing to expand your horizons a bit, and that means branching out into territory that I've previously resisted. So, I asked Chris for a suggestion, browsed two bookstores and ended up buying American Born Chinese (which Chris recommended as a starting point -- but I couldn't find it at the first store so . . . ) plus two other graphic novels that looked mostly harmless. Three! Seriously, I swore I'd never touch the things, which just goes to show you that you really ought not to ever swear. Or, at least, I shouldn't.

Here's what I bought, last weekend:

I finished Flight, Vol. 1 on Tuesday and am in the midst of Fables: 1001 Nights of Snowfall. The Kiddo read both Flight and Fables on the drive home from Jackson. He declared Flight, "awful" (I liked it) and said Fables was really pretty terrific, but it surprised him that both were anthologies rather than a single story. I've read a tiny little bit of American Born Chinese and I can already see why everyone has raved about it. What little I read made me chuckle. I'm saving it for last, simply because it appears to be the best -- which may be a little odd and backwards, but I've never claimed the guys in white coats shouldn't come to "take me away, haha, hoho, heehee, to the funny farm where" . . . where, etc. I don't remember the words.

Last night, I finished reading Daylight Runner by Oisin McGann (his first name has an accent over the second "i", but I don't know how to add it, sorry Mr. McGann). It's a dystopian YA novel that I read for Estella's Revenge (really liked that -- look for a review, later this weekend or early next week). And, tonight I finished a "sneak-in" -- a library check-out that I honestly shouldn't have read if I were to be totally honest with myself, since I really need to focus on hacking down the ARC piles. It was the right time for the book, though. When I was out shopping, last weekend, I just happened to be in the mood to read Austenland by Shannon Hale and was all set to buy a copy. But, I liked the glorious blue cover of the hardback edition and when I saw that chintzy white cartoonish paperback cover (only the paperback was available), the money in my pocket screamed, "No way!!" So, I put it back and checked out the pretty copy. What do you think of the two covers?

Of course, now I want to own the book. Figures.

I'm off to read more of Alpine Americas, a coffee-table book that deserves to be read, not just admired. Happy weekend, everybody!