Insomniac's Digest: Because when you can't sleep, you might as well do something useful or at least do something, period 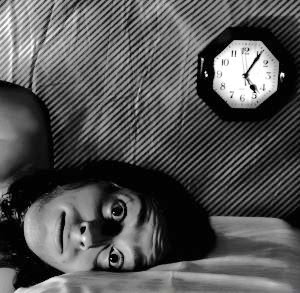 Photo came from this insomnia site.

Ramblings of an insomniac:

11:21 PM - Not bad, but it feels ridiculously late and I'm wired. Both son and I have maddening but limited cases of hives. There must be something in the air. Mold, maybe? All that rain can cause evil things to grow. Evil things that itch.

11:22 PM - I'm going to tell you about all the books I'm reading, now. I hope this doesn't keep you awake unless you need to be awake and doesn't put you to sleep unless you're having a bout of insomnia, too.

11:23 PM - To Serve Them All My Days by R. F. Delderfield - a fictional, classic chunkster about a man who returns to England severely shell-shocked after 3 years of service in WWI (life in the French trenches = misery) and becomes a teacher at a remote boys' school as therapy. Oh, man, am I ever loving this book. You should read this book. I'll review it in about the year 2014, at the rate I'm going, but still . . . you should read it.

11:25 PM - Milky Way Marmalade by Michael DiCerto - A humorous sci-fi tale about a hunter of meaty delicacies who plans to retire until he's offered a chance to make money by capturing the Wisest Substance in the Universe: a gelatinous, pillow-shaped blob known as L'Orange. He decides to save it, instead (according to the cover -- I haven't quite reached that point). So far, this one falls into my Loads Of Fun category. We'll mention the rock 'n roll references later.

11:30 PM - The Interrogative Mood by Padgett Powell - Don't hate me if I haven't read your book, yet, and I shoved this one to the head of the queue, okay? It's just that it's skinny and it looked really, really interesting. Also, apparently I was magnetically attracted to it. I can't locate the magnets at either end, but trust me . . . they are there. I can feel the tug.

Kiddo had to do abdominal exercises poolside, today, because he can't swim for a day or two after his cortisone shot. So I alternated between timing his leg lifts and reading aloud from The Interrogative Mood. It's written entirely in questions and it is . . . humble opinion, here . . . a bit of quirky brilliance. We laughed a lot. I want to laugh more, so I'll keep reading.

11:38 PM - The Treasures of Venice by Loucinda McGary - A romance (gasp!) that takes place in two separate time periods in Venice. Samantha is caught up in an adventure involving a handsome Irish rogue, his kidnapped sister, and some valuable jewels. There's a connection between the historical lovebirds of 1485 and the contemporary couple, but I'm too tired to explain it. This book was sent to me by mistake. I love this kind of error; Bookfool needed something a little light and atypical to toss into the mix.

11:41 PM - $20 Per Gallon by Christopher Steiner - A nicely researched forecast of how our lives will change in America as the remaining gas supply dwindles and prices sharply rise. Fascinating stuff. All those airplanes parked in the desert! Will we end up sailing the Atlantic if we're in the mood for a European jaunt? Will there be a modern Jamaica Inn, where people go rushing off to salvage the goods of ships wrecked on the craggy shore? I don't know, but I'm enjoying the book. And, those were just my questions. Steiner hasn't mentioned sailing or shipwrecks, just FYI. He did mention planes parked in the desert.

11:44 PM - The Unlikely Disciple by Kevin Roose - Brown University student Kevin Roose decided to go undercover at a Christian university (Jerry Falwell's) in order to write about it. I haven't gotten far on this one because I keep burying it, but what I'm getting from it, so far, is a "They're human like us," vibe. I'm anxious to read more. I should possibly attach a neon flag to this book.

11:52 PM - Went on a mental tangent that intersected with a heavy, anomolous brain fog.

11:53 PM - The Mosaic Bible from Tyndale House - You should read yesterday's post; I don't want to describe it, again. And, then come back later in the week because I'm going to have a drawing. One lucky person will win a certificate redeemable for a copy of The Mosaic Bible. I have to ask whether or not it can be redeemed from any place on the planet, though. So, bear with me.

11:55 PM - Aha! Benadryl is beginning to take effect. I prefer oral to topical for hives, don't you? Especially at night, when you're all goggle-eyed and need sleep because somebody is going to come to your house to measure your room for carpet installation and they're planning to call between the Ridiculously Ungodly Hours of 7-9 AM. Too, too early for this gal. Waaay too early.

12:03 PM - Editing your blog posts is obviously time-consuming. I am really going to stop, now. This moment. I'm not going to say another word. Not one. Okay, maybe one or two.

She whose eyes were wide, whose stacks are likely to be featured in a horror film and whose cat has given up on her, quietly retreating to a dark spot to meditate.
Posted by Bookfool at 11:18 PM