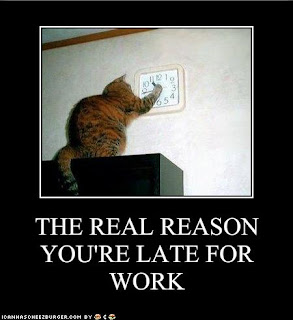 My July Reads are a wee bit late, as usual. Links are provided to full reviews, if applicable.

Cousin Kate by Georgette Heyer - A gothic romance with a really creepy family and the typical bouncy heroine. Not my favorite; it was a little uneven. But, I always like Heyer.

Valley of the Shadow by Tom Pawlik (CT)- A totally thrilling book about a man whose soul ends up in a place called the Interworld (between life and heaven or hell) and remembers the other people who were with him, when he comes out of his coma. Leaps back and forth between Interworld, where this guy is being chased by creepy black demon things, and the real world, where one man is trying to save several people from hell. Kiddo and I both loved this one.
The Castaways by Elin Hilderbrand - When a husband and wife (one couple in a group of 4 couples who called themselves "The Castaways" because they all "washed up" in Nantucket) drown, a tangle of lies, affairs and the truth about their deaths is revealed.
During My Nervous Breakdown I Want to Have a Biographer Present by Brandon S. Gorrell - Quirky poetry.

Through the Fire by Shawn Grady (CT)- When a firefighter makes a mistake that causes a rookie's injury, he's suspended. He travels to Mexico because his love life is also falling apart, but then he's called back to work because of a string of arsons. Part romance, part mystery, a little literary with a Christian theme. I loved this because of the fire scenes (the author's a real firefighter/paramedic). There's a part at the beginning that's a little slow, but it picks up.

Shimmer by Eric Barnes - A company built on a Ponzi scheme is on the verge of collapse. I particularly loved the dialogue in this one. The tech stuff went a little over my head, but in general this was a fun read because of the characters and their interaction.

The Power of Praying for Your Adult Children by Stormie O'Martian (NF) - a tour book that I thought was going to be so dull when I started reading, but it turned out to have some pretty good advice.
Overheard in New York by S. Morgan Friedman and Michael Malice (NF) - A book of snippets of conversation overheard in New York City (on the subway, in stores, wherever). This originated as a website. There are some funny bits, but the vast majority are kind of obnoxious. I'd hate to have a small child in NYC if a lot of people talk like that!!!
The Sword and the Flute by Mike Hamel (YA) - A young adult fantasy about . . . actually, I'm not sure what it was about. This one didn't stick with me.
The Myrtles Plantation by Frances Kermean (NF) - Ghosties!! A woman who lived in a Louisiana plantation shares stories of her paranormal experiences. I liked it, although I only believed *some* of her stories.
The Imposter's Daughter by Laurie Sandell (NF) - A graphic memoir (meaning it's told in cartoons) about Sandell's quest to find out the truth about her lying father's history, her ill-fated romance, life as an interviewer of big stars for Glamour magazine and her addiction to Ambien and alcohol. I actually liked this one more than I thought I would. Lots of naked cartoon people in it, though.
God*Stories by Andrew Wilson (NF)- A British minister/theologist's retelling and explanation of some major Bible stories, focusing on the Gospels. I absolutely loved this book because it explained some things that I never understood, before.
The Plight of the Darcy Brothers by Marsha Altman - A totally wild continuation of Altman's Pride & Prejudice spin-off that would probably make Jane roll over in her grave, but immensely entertaining. Altman is really great at keeping the light, humorous tone set by the real Jane.
Sweetwater Run by Jan Watson (CT) - The fourth book in a series set in late 19th-century Kentucky. When Dim Whitt steals back his own mule and gets arrested, his wife has to conquer her fears and learn to fend for herself. There are all sorts of things going on in this book and it was my favorite of the month. Absolutely loved this one.
Offworld by Robin Parrish (CT)- In the not-too-distant future, a crew of astronauts returning from Mars crash-land on Earth and find it completely empty. No people, no animals, no bugs. The only clue to what happened is in Houston, so they head there and find a single human . . . and then something or someone tries to stop them from finding answers. Quite a wild ride. I had a little trouble with the ending but I thought the book was very good.
That's it for July: 15 books, 4921 pages. July was a really enjoyable reading month. Next up will be my August reviews, I hope, a sneek peek post (and hopefully a review to follow) of Abide With Me, and a review of The Greatest Knight.
Posted by Bookfool at 1:09 PM