Mini reviews - They Were Sisters by Dorothy Whipple, Christmas Camp by Karen Schaler, and Her Other Secret by Helenkay Dimon 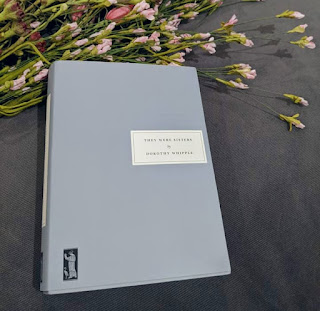 They Were Sisters is my first read by Dorothy Whipple, although I have several of her books because they come so highly recommended.

Just as it sounds, They Were Sisters is the story of three sisters, how their lives are shaped by the choices they make (particularly the choice of a spouse), and how the eldest is always the stabilizing force.

I don't know what I expected from a book by Dorothy Whipple but I confess I was a little surprised to find that the book was a bit of a soap opera and yet, in spite of the ups and downs of the characters, there was also something immensely soothing about the fact that Lucy's steadiness, her husband's sense of humor and the fact that they're so perfect for each other, and their idyllic cottage on a larger estate serves as a wonderful anchor for not only the characters but the story itself.

I also found it quite interesting that the males in the family are barely even mentioned. It's a story about women and the men in their immediate circle but Whipple isn't diverted by the larger family unit so much as they are satellites that orbit the women; the women are always at the forefront. In fact, you get the impression that travel was such a hardship at the time it was written that you could say goodbye to a brother who went off to seek his fortune and never see him again, at all, so why mention them once they're out of the picture?

Highly recommended - A fascinating story of the lives of three sisters, how their choices in marriage and childbearing affect their lives in both the short and long term, and the sister who is always there for the other two women and their offspring, whenever they need her. Loved it! 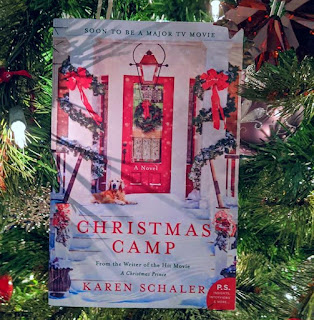 Christmas Camp by Karen Schaler is the story of a woman who has zipped up the proverbial ladder at an advertising agency and now, still young, has got a shot at becoming a partner in the Boston firm. But, she has competition and the one thing her boss has noted that she lacks is Christmas spirit. In order to secure the important account that will clinch her partnership, Haley needs that Christmas spirit. Otherwise, her boss says, it's very unlikely that whatever ad campaign she comes up with will succeed with the company she's targeting.

The fellow she's competing with has buckets of Christmas spirit and Haley tries, but she's just too bent on business. Christmas doesn't even interest her. The boss is firm. She needs to develop some Christmas spirit and he's going to make sure of it by sending her to Christmas Camp, where she'll do normal, Christmasy things and learn about the real joy of the season. Haley is horrified but she wants that partnership, so off she goes. What she finds is a lovely house run by a widower and his handsome son Jeff, who also happens to live in Boston and who is trying to convince his father to sell the house and move near him.

Haley and Jeff get off to a rocky start but there's clearly a spark between Haley and Jeff and they have a good bit in common. Will Haley be able to stick out the entire week of camp or will she get ants in her pants and hustle back to Boston? Will she discover the joy of Christmas? And, if she does, will she come up with the perfect advertising campaign and win the job she desires?

Recommended when you're looking for a fun, romantic, seasonal read - Christmas Camp reads like a Hallmark movie and-- what do you know? --it actually is one. In fact, the movie apparently came first and then Schaler, a screenwriter, was hired to write the book. I was disappointed that I couldn't find the movie for streaming. I liked the book and I'm pretty sure I remember getting a little teary at one point. I'll keep my eye out for the movie and hope I get lucky, next Christmas season. 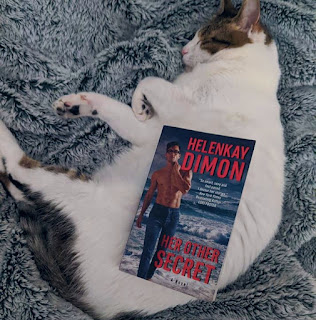 Her Other Secret by Helenkay Dimon was an unsolicited gift from Avon Books and it sounded intriguing, so I gave it a shot when nothing else was appealing to me. Tessa and Hansen live on Whitaker Island, an island off the coast of Washington (the state) where people go to get a fresh start or just hide out for a time. Tessa has fled a scandal; Hansen won't talk about why he's there.

Tessa and Hansen are on the beach when a mysterious stranger emerges from the water and walks into the woods . . . fully clothed. Tessa suspects something fishy is going on. And, when the man turns up dead and Hansen admits he knows him, Hansen becomes a suspect. What happened to drive Hansen to the island? Why was someone Hansen knows nearby? Who murdered the stranger? And, why can't Hansen and Tessa stay away from each other?

Well, huh, not sure what to say about his one. It didn't work for me but I don't even remember why, so I'm hesitant to give it even a verbal rating. I do remember that I found it overly wordy and confusing. In fact, I was very surprised to find that the author has so many books under her belt. Beyond that, I'm not sure what I disliked about it. I've got the follow-up book (again, sent unsolicited) and I'll give it a shot but I'm not going to stick it out if it doesn't work. However, I think the author deserves a second chance.