Books I Have Set Aside and Why - A DNF Post 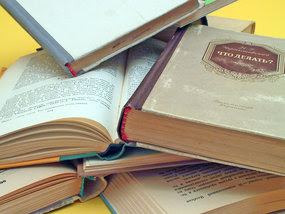 Last year, I chose not to mention Did Not Finish books, with the thought that there was no point to bringing negative attention to books. But, when I decided to grant myself permission to give up on books that weren't grabbing me, earlier this year (I finished a lot of duds in 2008), I realized that we all have different reasons for not completing a read and that just because I personally can't get into a book doesn't mean there isn't someone out there who might be intrigued enough to pick up a book I wasn't interested in completing, based on a general description. So, I decided to go ahead and write about those I haven't completed. And, then I fell behind. This, then, is a DNF Catch-Up post.

I'm going to separate my DNFs into two categories:
Those that simply didn't work for me.
Those I intend to revisit at a later date.

Books that didn't work for me:

Webs of Power by Darlene Quinn - Set in the 1980s, the days of power suits and hostile takeovers, this book is about greedy people and screwed-up relationships. I read about 50 pages of the book and found that I didn't have any urge to pick it back up, after I set it down. I think that may be partly because I wasn't in the right mood for illicit affairs, men who can't be bothered with their wives, and reminders of the corporate greed that helped get us into this recession boat. I was working at an oil company during an attempted hostile takeover and I remember the weird, funereal atmosphere as we waited to find out what would happen. Nope, I'm pretty sure I don't want to revisit that. But, I think the book is nicely written if a bit of a soap opera and I have nothing negative to say about it.

A Firm Place to Stand: Finding Meaning in a Life With Bipolar Disorder by Marja Bergen is nonfiction, about the author's battle with bipolar disorder and how Christianity gave her a firm foundation upon which to stand. She's written a previous book about living with mental illness. I'm not bipolar, but I was interested in the book because I know several people who are, and hoped to gain a slightly better understanding of their disorder. Unfortunately, I found the book was a little too repetitive. It's really geared to reassure those who are suffering from the illness and since I'm not . . . well, it just didn't work for me. I was really on a fact-finding mission and this just wasn't the right book for me. I think it could be really useful for those struggling with bipolar disorder and trying to make sense of their lives. 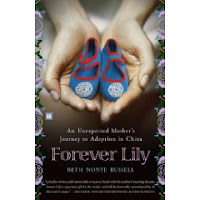 Forever Lily by Beth Nonte Russell is a memoir of adoption in China. Beth did not set out to adopt a child. Instead, she accompanied a friend to China, thinking that she would have a grand adventure, but ended up taking care of the baby (and eventually adopting her) when her friend became overwhelmed by the challenges of new motherhood. I was really looking forward to reading this book because I love memoirs and it sounded like a great story.

Why didn't it work? The book contained not only the story of Beth's trip to China, but a dream sequence. Each night, she allegedly plunged back into the same continuing dream, taking up where it left off the night before. Honestly? I thought she made up the dream sequence. I had this overwhelming, "I so do not buy this!" feeling. Dreams don't work like movies that can be turned off and start right up where you left off, in my experience -- and I'm a very vivid dreamer. The dream sequence annoyed and upset me so much that I begin to doubt the rest of the story and decided to quit reading. It might be a good story if one can skip the dream portions, but I always feel obligated to read every word, so this one just didn't work for me.

DNF books I plan to revisit:

A Lever Long Enough by Amy Deardon really grabbed me, but I was trying to balance too many books at once and I didn't complete it in time for its book tour, so instead I wrote about how much my son enjoyed the book (he snatched it from me and read it in a single evening) and set it aside to return to at a later date. I'm going to defer to the website description of this one:

In the near future, the Israeli military has developed a prototypic time machine. When believers in Yeshua (Jesus) create a politically explosive situation that threatens the balance of peace between Israel and nearby countries, the Israelis must send a team of four elite soldiers back to film the theft of Jesus' body from the tomb and thus disprove Christianity. The team, consisting of a Special Forces soldier as leader, an ex-American astronaut as engineering specialist, an archaeologist, and a linguist, has exactly seventy-two hours to collect the video evidence. Drawn into a web of first century deception and death, the only way to escape is for the team to change the past. In the present, a traitor attempts to sabotage the mission and seize control of the military complex. The Special Forces leader operating in the past is the only one who can reveal him, but he is trapped two thousand years away. Even with a time machine, time is running out...

How cool is that? I love time travel and action, so I'm really looking forward to a time when I don't have a queue of ARCs and can return to this book. Also, my son insists that I must acquire future works by this first-time author. I love it when he does that.

Fear in North Carolina: The Civil War Journals and Letters of the Henry Family contains a lot more than just a bunch of diary entries. It's loaded with photos and documents. It does, however, contain the day-to-day observations of Cornelia Henry and, oh my goodness. Poor Cornelia suffered from migraines. I cannot even begin to imagine dealing with migraines, running a farm and business while the husband was off at war, and having to chase down numerous children while hosting friends and relatives who just dropped in (sometimes deathly ill) and expected to be fed and housed.

Really, this is an absolutely fascinating peek into one family's everyday life (aka "social history" - a term that was new to me when I picked up the book). The only reason I set it aside was the usual -- balancing too many books at once. I really need and desire to return to Cornelia's world to see her through the (American) Civil War. Apart from chronic headaches (both literally, as Cornelia suffered from migraines, and with the help), the Henrys also had to deal with a man who refused to move out of their hotel and then may have burned it in retaliation when they finally forced his hand, along with numerous troubles with the slaves and hired help. Mr. Henry was a gentle soul, according to Cornelia, and she often mused that their difficulty getting workers to actually do their jobs may have had something to do with his inability to be anything but kind. 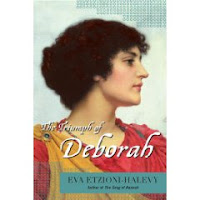 The Triumph of Deborah by Eva Etzioni-Halevy is historical fiction, about the Biblical character Deborah. Not a lot is said about Deborah in the Bible and I've heard that this book doesn't, in fact, focus on Deborah -- and that it's pretty steamy, possibly even innacurate in what little it describes of her. But, I still want to read it. I've had two false starts with this book. The first time, I read two pages and kept drifting off. I decided it was just bad timing and that I'd give it another go, later.

The second time, the beginning of the book sounded terrific but I realized it was going to require focus. And, I'm really unfocused, in general. So, I decided to wait until I could read the book at a time when I could simply focus on one title (which, let's be honest, is not my typical modus operandi). I'm not sure when the right time will arrive, but I still want to read this book and it isn't unusual for me to make three attempts at reading the same book before it finally clicks and I'm able to give it my full attention. Most recently, Great Expectations is one of those books that I loved on the third attempt.

Two other books I simply didn't manage to read in time for their book tours and plan to return to are Katt's in the Cradle by Ginger Kolbaba & Christy Scannell (about a group of preachers' wives facing unique challenges individually and occasionally getting together to commiserate and have fun) and The Unquiet Bones by Melvin Starr (a medieval mystery).

Do you force yourself through every book or willingly abandon those that don't grab your interest? Do you ever return to books that just don't work for you, on the first attempt? I'm just curious.

For "Buy Indie Day", I visited Lorelei Books in downtown Vicksburg and bought The Graveyard Book by Neil Gaiman (which has been on my wish list practically since the day it was released) and Dark Star by Alan Furst (highly recommended by the bookstore's owner, Laura, but she said it's complex and advised me to "take notes").

Yesterday, I returned to the store to fetch a copy of Earl's Art Shop: Building Art with Earl Simmons because I discovered the book is now out of print and wanted to grab a copy before it disappeared. "Mr. Earl" is an artist who lives in Bovina, Mississippi and had a huge, funky house that he built from found bits of sheet metal, wood, etc., then decorated with his art. Unfortunately, the original house burned to the ground about 2 or 3 years ago and Mr. Earl had to start all over, again. We've been to Bovina (about 5 miles outside Vicksburg) to see his new house, but we never bothered to see the original. I'm looking forward to reading about the house and admiring the photographs.

I've also recently acquired quite a few books from Paperback Swap and the Advanced Readers keep trickling in, so I may have to do a separate post about other acquisitions, soon. But, first, I think I need to list my April Reads in Review. I'll shoot for writing that post, this weekend.

No Touch Monkey! by Ayun Halliday

. A totally crazy-fun book about a hippie backpacker chick's travel adventures to places I would much rather read about than visit. More on that, later. Happy Friday!
Posted by Bookfool at 8:55 AM

Email ThisBlogThis!Share to TwitterShare to FacebookShare to Pinterest
Labels: DNF but advise you to read my reasons