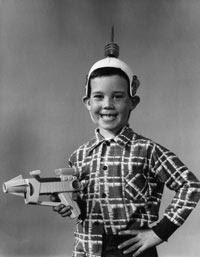 I know I owe you guys a pork chop recipe and I swear I'm going to get to it, but between a head cold, a long night without sleep, helping Kiddo with a project I'd very much like to label "stupid and kindergartenish" (the assignment, not the end product) and National Novel Writing Month (see stunningly accurate visual of my storyline, at right, from Lambert/Hulton Archive Getty Images), Bookfool is a train wreck. I just don't feel like propping up a book to copy a recipe, today. I am too weak and weary.

So, you get an update, which is honestly just as much as I can handle.

Bookwise: I finished Against Medical Advice by James Patterson and Hal Friedman, last night. It was a really quick, very touching read (so quick, in fact, that I didn't manage to add it to my sidebar) but it left me with a few questions. I don't know if they can be answered; I just wonder if the subject of the book -- a young man who had a debilitating combination of Tourette's Syndrome with OCD and anxiety -- got better because of what he did to get control of his life or if it was at least in part because he grew out of his syndrome a bit. Does anyone have thoughts on that?

I won Against Medical Advice from Thoughtful Joy and it arrived pretty quickly, which leads me to a thought . . . Hatchette. Not to pick on them, but I have been on both ends of the giving and receiving love from Hatchette and sometimes the books won show up lightning fast; sometimes they just flat don't show up.

I don't want to nag drawing hosts (at least not more than once), so if they don't show up after a first mention, I let it go. I'm curious if anyone else has had a contest win never arrive. Never as in NEVER. Meaning months have passed, you've asked once, the nice blog drawing host said, "I'll remind them," and still nothing. Just curious. I've gotten a few complaints, myself, and that's one reason I've decided I'm about to stop hosting their drawings, at least for the time being.

There are other reasons, which are probably much better . . . one of which is the fact that I've preemptively declared 2010 a "Mostly No-ARC Year". I've already bungled that up by signing up to write a bunch of reviews in January, but I hope to gain strength as the year progresses. I've been working on writing a review policy to that end and, unfortunately, drawing a total blank. I'm reminded of the time we had a power outage and, just to be silly, I changed my answering-machine message to "Nyeh, go away," and then promptly forgot about it. A few hours later, someone I knew -- but not well enough to explain away that bit of madness -- called.

"Nyeh, go away," does not seem like the best of review policies. It's all I can come up with, right now, though. That's probably my head cold talking.

Nano-wise: Sometimes I love it; sometimes I hate it. My story, that is. I seem to alternate between good writing days and bad ones. Yesterday was good. Today, bad. My favorite really horrible excerpt:

In the Medical Restricted Zone, Kole awoke to find himself a little sore but feeling surprisingly well for a man who had been shot by some unknown kind of laser beam. He was also manacled to the bed. That sucked.

I just love to read that bit over and over, again. It makes me laugh. The awfulness of it tickles me so much that I'm leaving it in, for now. I'm not supposed to edit anyway, right? In case you're interested, my current word count is 27,467. I like meditating upon the fact that I have now passed the halfway point, if a bit late. I'm still behind but closing in on where I should be.

Other bookish things: Since I've decided to back away from reviewing advanced readers and read the ominous, glaring stacks of books before the infamous book rebellion in which the weak and seriously outnumbered are killed and eaten (say that aloud 5 times, fast), fewer books are arriving on my doorstep. I have, however, received two that I'm very anxious to read:

They Were Just People: Stories of Rescue in Poland During the Holocaust by Tammeus and Cukierkorn, and

Custer Survivor: The End of a Myth, The Beginning of a Legend by John Koster

Also, I've just found out that my church is going to be doing a year-long study using the God Sightings Bible and its Companion Guide. I have this Bible and guide for review and I've been a little perplexed as to its purpose and what to say about it (although I'm enjoying reading it, whether I "get it" or not), so I'm hoping that joining the group will illuminate me a bit and enable me to babble about what I learn. Because that's what I'm good at. (<---Bad English, sorry.] Babbling, I mean. At left is an image of the God Sightings Companion Guide, which I feel compelled to share because I just love that picture. I am excessively fond of a sheep.

I'm still reading all those books in the sidebar, also. Nano has slowed down my reading significantly, but I'm about to give in to this nasty cold and go to bed early. A few nights of caving in early to read and maybe I'll be able to change out that boring old set of same old, same old. The French chef's cholesterol-lowering nutrition advice and recipe book is still a huge hit around here, by the way. Just don't kick me if it takes a few days to say something about it and type up that pork chop recipe. I need sleep. Lots of sleep. And, the old kind of Nyquil.

Bookfool, aka "Sickie-poo"
Posted by Bookfool at 6:06 PM