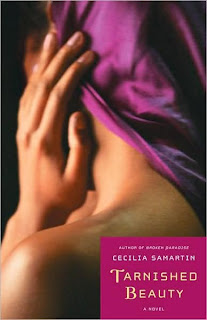 When Carmen came home, she stood frozen in the doorway. The grocery bag she held in one hand slipped through her fingers and dropped to the floor with the unmistakable clunk of a six-pack. Her purse was the next to go.

Who can deny the beauty of the first days of spring, when tender buds begin to yield their secrets, and the sun spreads its glory across the land with unparalleled brilliance? I suppose there are some who when confronted with such beauty are not affected by it. The very same who happen upon the most spectacular of sunsets and continue their daily routines with little more than a glance. I am the sort who stops in my tracks to consider each subtle phase, every errant beam of light that dances across the sky. I am spellbound until the end, and so I was with Rosa. [p. 153]

T wo steaming cups of coffee, one with plenty of cream and sugar, were waiting at the bedside once the morning chores had been completed. The trays and clothes had been moved into the corridor and still needed to be taken downstairs, but the room was spotless and the linens on the bed crisp. Jamilet opened the window and midmorning sun stretched across the room like a soft golden arm, beckoning them to sit and meditate upon the warmth of its embrace.
[234]

What led you to pick up this book? Tarnished Beauty is an advanced reader that was sent to me by Simon & Schuster (thank you!).

Summarize the plot but don't give away the ending. Jamilet is a girl born in Mexico with a huge, ugly birthmark that villagers believe is the mark of the devil. Because of the mark, Jamilet must dress with extreme modesty and endure vicious taunts. She's unable to attend school because of the villagers' beliefs about her birthmark, yet she is a sweet, angelic girl. Eventually, Jamilet manages to cross the border, find her aunt in Los Angeles and obtain illegal documents. With her forged documents and the advice of a friend, Jamilet finds a job at a mental institution, caring for a single patient who calls himself Senor Peregrino. The nurse has warned Jamilet not to listen to Senor Peregrino's ramblings, at risk of losing her job, but when Peregrino saves Jamilet's life and hides the real documents that give away her true identity, Jamilet agrees to hear his story in return for her papers. As the story unfolds and Senor Peregrino eventually teaches her how to read, Jamilet realizes that she and Senor Peregrino have much in common and, in turn, learns how to follow her own heart.

What did you like most about the book? I loved the characters, the way the story is told (with Senor Peregrino telling his story, little bits at a time, when he feels like it), the contrast of beautiful descriptions with realistic dialogue, the relationships -- I really had a terrible time putting the book down, I liked it so much.

What did you think of the characters? You can't help but love Jamilet and Senor Peregrino. Jamilet's aunt Carmen is kind of bizarre and a little disgusting but hilarious. There's an excellent blend of characters.

Share a favorite scene from the book: I'm particular fond of a scene near the end of the book, when Jamilet puts all the pieces of Peregrino's story together and she finally stands up and does what she knows is right rather than what others desire of her.

Thumbs up - Completely captured me. I had so much difficulty putting the book down that it pretty much dominated my weekend. Definitely worth the time; I was particularly fond of the fact that there were likable, unlikable and dubious characters but they were all plain-spoken and easy to visualize. I loved the contrast of beautiful prose with blunt dialogue.

In general: Excellent reading. I did figure out the mystery of Senor Peregrino long before it was revealed and that was a bit of a let-down. But, otherwise, I was utterly captivated.

Tarnished Beauty was also reviewed by Kris at Not Enough Books.

Just about to: Take a nap. I can't keep my eyes open. Hope everyone has a terrific day!