Well, it was storming, you see . . . belated wahoos, again 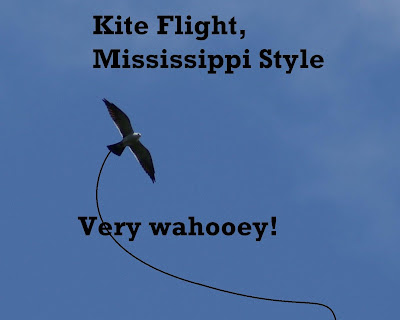 So, I didn't get to the wahoos on Wednesday, again, for the same reason as last week . . . storms. It crashed and flashed and rumbled and basically God kicked over the proverbial bucket (quite a gully-washer, in other words), so things were unplugged most of yesterday and well into today. I will try to get the wahoos ready on the normal day, next week. In the meantime:

1. Wahoo for our kite couple, nesting across the street. One is shown, above. I added the "string", but I'll bet you'd already figured that out.

2. Although I still haven't finished planting everything and we've gone beyond the good planting weather -- in other words, the humidity and mosquitoes have descended -- I got a good bit done and things that I stuck in the ground a week or two ago are now blooming vigorously, as are some of the perennials I planted last spring. I love watching things bloom and grow, so wahoo for blooming things! My sidebar should be updated more regularly, now that things are blooming. The white flower is a moss rose and the pinks are dianthus. They seem to be sharing planter space very nicely. 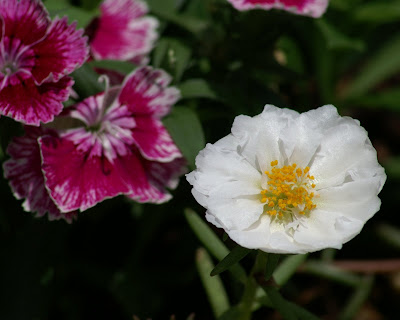 3. Kiddo and I went to see Iron Man on Saturday, on the way to pick up hubby at the airport. This was Kiddo's idea. He still doesn't mind going to the theater with his mom, even though he's now 16. And, he had the intelligence to appeal to my budget-minded nature by mentioning that we just happened to be heading that direction anyway, so why not stop by the theater? Well, that worked. I think I've mentioned we no longer have a theater in Vicksburg. It now costs more to drive to the theater and back than it does to buy a brand-new $20 DVD. Stopping on the way while on another errand works for me, though. We really enjoyed Iron Man, so wahoo for a chance to get out and see a movie!

4. Wahoo for that stupid camera of mine. It has some sort of electrical problem that causes it to misfire, now and then, but I love it. Anything is subject matter, as you can see from the following photo. 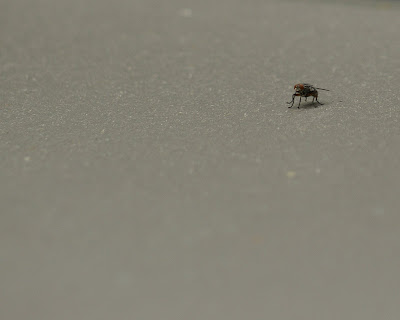 5. Still envious of hubby's trip to Norway, even though he actually lost a brand new book (horrors!) because he was in such a big hurry to get off a bus upon which he had to sit next to a Very Smelly Person for 8 hours. Ewww.

I just love a country with lots of sheep and snow. So, wahoo for the photos hubby brought home. I'll try to forgive him for going to yet another wonderful country without me, but I make no promises. 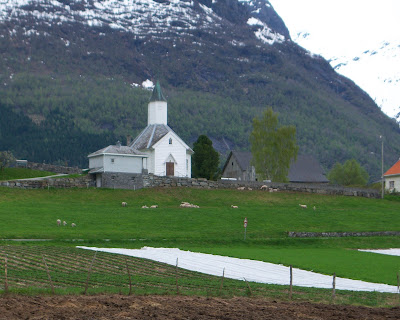 6. I finished a book because of the rain, yesterday! Wahoo! An Irish Country Village by Patrick Taylor is an Estella review book, so the review will be posted around the first of June.

7. Wahoo for emergency books in the trunk of the car!! Yesterday, I was unexpectedly detained at poolside; and, since I'd just finished reading An Irish Country Village, I had nothing in my purse. Fortunately, I keep spare books in a basket in my trunk and had three to choose from. I chose The Boy Who Loved Anne Frank by Ellen Feldman. So far, so good.

Very wahooey week, yes? I could go on, but I'll stop. Wishing you a life that is bursting with wahoos and flowers and, if necessary, antihistamines.
Posted by Bookfool at 4:00 PM

Email ThisBlogThis!Share to TwitterShare to FacebookShare to Pinterest
Labels: Wahoo on the wrong day