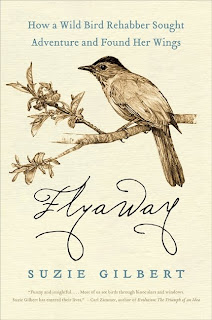 I carried the duckling into the kitchen, where John and the kids had materialized. The tiny duckling's appearance caused a waterfall of elongated vowel sounds, with only one family member withholding approval.
"Aaaaaaaaaah!" breathed Skye.
"Oooooooooohh!" sighed Mac.
"Awwww!" crooned John.
"War!" shouted Mario.
We all looked at each other.
"I've never heard him say that before," said Mac.
"Maybe African greys [parrots] don't like ducks," said Skye.

My friend India Howell, with whom I lived on the farm in Maine, took a trip to climb Mount Kilimanjaro when she was in her mid-forties. She had never been to Africa and knew little about the Tanzanian people, outside of the occasional news reports of villages devastated by poverty and AIDS. But while she was on vacation she was offered a job as manager of a safari company, and when she moved to Arusha she began to encounter the street kids mentioned in the news reports. Once befriended they were no longer nameless and faceless, and no longer the blurry part of a problem too large to address. India founded and now runs the Rift Valley Children's Village, an orphanage outside Keratu, and she channels certain donations to help the surrounding villages.

Wildlife rehabilitators find themselves in the same position but faced with a more skeptical public, many of whom seem to believe that wild animals are little more than programmed robots. Some loudly and indignantly question why rehabbers "waste" their time with animals when they could be helping people, a query even more absurd than asking a pilot why he or she is not a firefighter. Just as India saw something in the children of Tanzania that she could not turn away from, so rehabilitators see something in a wild animal that can be found nowhere else. We crave a connection--no matter how brief or tenuous--with a wild creature, and we are willing to play by rules that seem designed to break our hearts in order to do it.

We clean, feed, study, attend conferences, amass arcane knowledge, and learn to handle the creatures who fear us. Our triumph is to accept an injured wild animal, treat its injuries, carefully learn each one of its quirks and preference, help it heal, and then let it go. If things go according to plan, we will never see it again.

Somehow, this is enough.

I'm going to use my old Q/A format for this one because I made the mistake of stepping onto the treadmill and wore myself to a frazzle. I need prompting.

What led you to pick up this book? I asked to review it for TLC Book Tours because I'm a nature freak (see bluebird header and evil, bird-killing, outdoor, not-my-cat footer) and there was a wildlife rehabber in one of my online writing groups, many years ago. She told some great stories and I found her life fascinating, so I figured the book would be interesting. I was right.

Describe the book without giving anything away. Flyaway is the memoir of Suzie Gilbert, who rehabilitates and re-releases injured birds in New York. Flyaway, Inc. is the name of her nonprofit organization. Suzie gives the reader a little background about not fitting in the regular job world and how she ended up finding her passion. Then, she skips ahead to finding herself married with two children, considering whether or not to build a couple of large flight cages to take on birds that just needed to be moved to a flight cage before being released back into the wild. She had the flight cages built and began taking in birds (in New York, rehabbers cannot profit from the treatment of wild animals).

What she didn't bank on was her inability to say "no" -- which led to taking on a lot more than mostly-healed birds -- and the time commitment involved in rehabbing, particularly in the job of raising tiny nestlings that had lost their parents. Nestlings have to be fed every 30 minutes, so Suzie got help from her two young children and carried a basket of nestlings with her whenever she had to leave her home. She describes the birds she treated, their personalities, how she dealt with the occasional deaths, and how rehabbing impacted her family life.

What did you think of the real-life characters in this book? I thought they were, for the most part, amazing. Suzie is a deeply caring person who describes the birds she cares for in ways that might startle you. I read Enslaved by Ducks, a few years ago, and what really jumped out at me when I read Enslaved was author Bob Tarte's descriptions of individual bird personalities. Truly, we do tend to lump wildlife into the "just an animal" category and overlook the fact that wild animals have very distinctive, individual personalities, just like humans and our pets.

Like the author of Enslaved by Ducks Suzie Gilbert describes the birds she treated as individuals. Most of the people she worked with were also pretty amazing -- other rehabbers, veterinarians, friends -- even her family members, who were infinitely patient and good-humored. The only people I found that I disliked were one woman who badgered Suzie into taking on birds she'd specifically said she couldn't handle and the ignorant and/or cruel people who harmed birds.

What did you like most about the book? I enjoyed learning about the process of rehabbing and the personalities of the animals, but what I loved most was the fact that the book is hilarious. At times, I laughed so hard I had tears streaming down my face. There are some really sad moments, horror stories of humans abusing animals and, in the end, the author had to ease up or go nuts. But, I adored her sense of humor. Flyaway is a really funny book.

Was there anything you didn't like about the book? No, there was nothing I disliked about the book at all, but it's always such a bummer to read about animals that have been deliberately shot, run over or in some other way harmed for no reason whatsoever. That's a mentality I simply cannot understand. When I stand beneath a tree, looking up at a red-shouldered hawk or watching a redtail fly, I am awestruck. The idea that people would deliberately harm such amazing animals baffles and angers me.

What, if anything, did you find surprising about the book? I had no idea outdoor cats kill such a huge quantity of bird life and are, in fact, one of the leading dangers to dwindling songbird populations. Thank goodness Fiona is an indoor cat (for her safety and longevity; the fact that she isn't killing birds is a nice bonus).

Recommended? Absolutely. In fact, I think everyone should read this book, if only to step outside of their comfort zone and learn about the creatures we often dismiss as background noise -- that's if you're even lucky enough to live somewhere that you can see and hear a variety of bird life (I am).

5/5 - Excellent writing, fascinating stories, an educational, entertaining, engaging, laugh-out-loud funny, touching and sometimes sad book. Just as a side note, I picked up the book on Sunday night and read 200 pages in one sitting. And, then I realized I'd better get some sleep or I was going to be a zombie, so I put it down and finished it up on Monday.

I love that cover, don't you? Thanks to TLC Tours, HarperPerennial, the author, and the U.S. Postal Service (because it arrived safely) for my copy.
Posted by Bookfool at 7:51 PM