Coming up . . . hopefully without any lightning storms 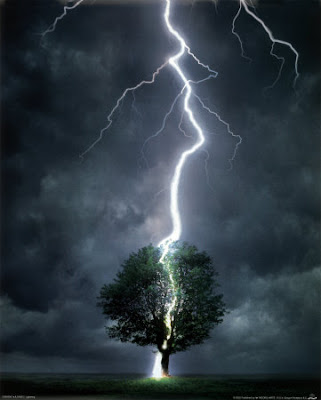 I don't know when our electricity problem is going to get fixed, but I've discovered that if we keep the power low in the office I can use the computer without having any serious flickering issues. So, I'll be doing a few reviews soon and hopefully we'll figure out just who it was we used to do our electrical work when we had a temporary fix done, last year. The guy my husband called is a total doofus, unfortunately. I think I'd rather wait a week and find the people who worked on our problem last year because they were familiar with the electrical issues peculiar to our neighborhood and this other guy . . . geez. He was just a doof. That's all I can say.

Anyway, wish us luck with the power issue. If you're dismayed about the sheer quantity of disasters going on in the U.S., drop by Stuff As Dreams Are Made On for ideas about how you can be of help, even from afar, when it comes to the Gulf oil spill.

As to the flooding in Tennessee and tornadoes across the South, I've been told the best thing to do to help with that is to donate to the American Red Cross. Quite a week we're having in the United States, eh?