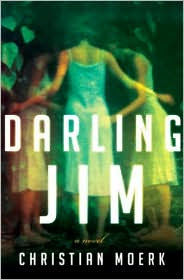 "Fine, then," said the man, and took a bite out of what from a distance looked like an extremely ambitious-sized tea cake while following a rugby game on TV.

Niall nodded and continued over to his bicycle, which still waited patiently by the tobacconist's, even if he'd forgot to lock it again. He strapped the bag across his chest and swung his long leg across the iron bar, where the paint was peeling like autumn leaves. As he pedaled up Dublin Road, he could see the faint white glimmer of a jetliner's anti-collision lights as it navigated a landing approach to town right above the professionally cute storefronts. It was nearly midnight.

Niall didn't feel any impatient spirits gliding past on the road next to him as he biked the long trip home, nor did he even sense the faintest whisper of anger from two girls who refused to be forgotten.

But if Stash Brown himself had been the accidental carrier of Fiona Walsh's black book, he would have brought along his very biggest laser gun and never taken his eyes off the handlebars. Because two impatient ghosts were sitting backward right in front of Niall's face on the chromed steel, itching for him to open the damn thing and begin to read.

Oh, boy, where to start? First, Darling Jim is a very creepy, unusual book. The story begins with the discovery of three bodies in a small village in Ireland. An older woman and two of her nieces have all died in the same house, the nieces apparently held in captivity for many months. What could have led an aunt to torture and starve the two young women?

A postal clerk, rustling around in the dead-letter bin, finds an envelope that contains a diary written by one of the dead Walsh girls. Her journal tells part of the story, about a handsome storyteller whose countenance hid the truth of an evil string of crimes. "Darling Jim", they call him. The women follow him from one town to another, eager to hear the continuation of his story, which always ends with a cliffhanger.

After reading Fiona Walsh's diary, Niall (the postal clerk) goes in search of a second journal kept by sister Roisin, which Fiona mentioned in her own diary. When he tracks down the diary, there are still unanswered questions and Niall goes on a road trip to find answers. There were three Walsh sisters. What has become of Aiofe? What led the three sisters to commit a crime and their aunt to imprison them? Why are the villagers, including a friend of the Walsh sisters who works on the police force, angered by his curiosity?

Darling Jim shifts from one voice to another as the two Walsh sisters tell their story, Jim spins his tale, and Niall goes in search of answers. At times, I felt a little distracted and impatient by Jim's storytelling, but the book is skillfully rendered. There is no part of Darling Jim that isn't relevant to the unfolding mystery. And, it's a humdinger of a story. I don't think I could have ever set the book aside without knowing how it ended and finding out all the answers to the many questions posed throughout the book. It is, however, very dark and I'm not a big fan of truly dark, criminal tales, so I can't recommend it as enthusiastically as some might.

Just erased my rating. I can't fathom rating this book because I think it's well-written, solid storytelling -- it's simply not my favorite kind of story, a dark literary tale of deception, passion, and murder. I'd recommend Darling Jim to those who enjoy a darker story. I absolutely loved the Irish setting and although I'm no expert, it certainly seemed like Moerk captured the mode of speech. The sense of place was right on, in my humble opinion. There are some graphic descriptions of violence/crime scenes and sex. 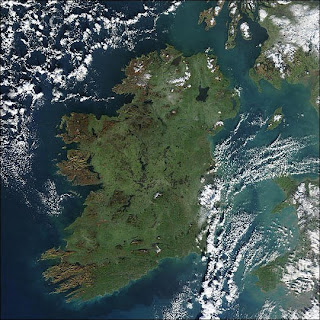 I think my copy of Darling Jim came from the publisher, via Twitter. Thank you!

I should be back to blog-hopping, soon, but we have someone coming to look at our floorless den, tomorrow, to give us an estimate. I cringe at the thought of how much this repair is going to cost. Wish us a low estimate, please!

Bookfool, slowly getting back into the blogging thing