The Year of Magical Thinking by Joan Didion 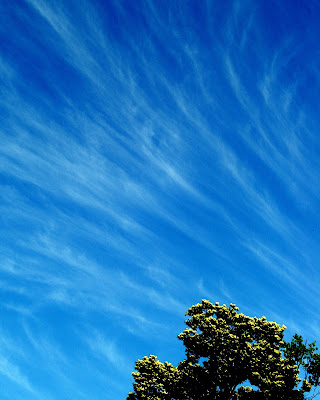 Survivors look back and see omens, messages they missed.

They remember the tree that died, the gull that splattered onto the hood of the car.

Before dinner John sat by the fire in the living room and read to me out loud. The book from which he read was a novel of my own, A Book of Common Prayer, which he happened to have in the living room because he was rereading it to see how something worked technically . . .

The Sequence is complicated (this was in fact the sequence John had meant to reread to see how it worked technically), broken by other action and requiring the reader to pick up the undertext in what [two characters] say to each other. "Goddamn," John said to me when he closed the book. "Don't ever tell me again you can't write. That's my birthday present to you."

I remember tears coming to my eyes.
I feel them now.
In retrospect this had been my omen, my message, the early snowfall, the birthday present no one else could give me.
He had twenty-five nights left to live.

The Year of Magical Thinking is Joan Didion's account of the first year after the death of her husband, writer John Gregory Dunne. At the time of his death, their daughter Quintana was in the Intensive Care Unit of a New York hospital, suffering from sepsis - a whole-body infection which had begun as flu.

The Year of Magical Thinking was a remarkably difficult and quick read. By "difficult", I mean that the book is exhausting in a heartrending, raw, emotional way. I would never attempt to read the book immediately after a loss, or possibly even during those first few years when any reminder of your loved one leaves you with a sensation much like that of having a bruise poked. I remember that C. S. Lewis's book about his wife, Joy Gresham, was also eloquently painful; in fact, I abandoned the book because it served no purpose during a time of grief to read about someone else's agony.

Joan Didion's thoughts about her husband and their marriage are, however, beautiful and deeply touching. They had an amazing marriage. I love the quote on the cover: "Stunning candor and piercing details . . . An indelible portrait of loss and grief." That's a perfect capsule description of the book and one which I don't believe I can top.

I'm not going to rate this one because I feel torn about it and as if it would be somehow wrong to criticize or score it in any way. While I could relate to the emotions, the numbness and the anger that are part and parcel of the grieving experience (and I don't separate "grieving" and "mourning" the way she does), it wasn't what I'd call a "pleasant" or "enjoyable" read and there's a part of me that feels like reading about someone else's grief truly serves no purpose if there's not some great revelation of light at the end of the tunnel. The book is about pain heaped upon pain. There's a hand-written note in blue ink, at the end of my copy. It says "Joan and John's daughter, Quintana, died August 2005 of acute pancreatitis." If anything, the book left me with the overwhelming sense that life is unfair, in part because of that hand-scrawled addition. I left it with the feeling that I desperately needed air and light.

I should add that the first quote at the top of this entry really jumped out at me because the week before my father died I hit a butterfly with my car on one day and a bird the next. In spite of the prevalence of wildlife in our area, it was and is very unusual for me to kill two creatures in one week and I certainly did reflect on the two deaths as an omen of my father's demise. There were a lot of similar parallels; bits about psychological studies on grief rang true to my own experience. But, in many ways I felt like reading about Joan Didion's anguish merely forced me to revisit my own loss and that's something I neither want or need to do. If I flip through the book again, it will be to mine a few references to titles that piqued my interest.

Recommended with a forewarning that it's a very emotional read.

Please pardon my absence, for the past few days. This will likely be another "light posting" week as the husband is home (oh, the messes!) and so is the eldest son, but I hope to sneak in some blog-hopping, tomorrow. The guys will be working on flooring our hallway, which has been bare concrete since a leaking dehumidifier forced us to rip out the carpeting during the winter and that could keep me away from the computer a bit. Then again, I might just find myself hiding in here - posting to get away from the inevitable trail of tools and flooring.

Youngest son and I drove to Clinton, Mississippi, to watch Spiderman 3, yesterday. Apart from the sobfest toward the end (goodness, Spidey sure was emotional), I actually enjoyed it. I went in knowing it was a love-it-or-hate-it movie and not anticipating that I'd find it overly entertaining. To be honest, it was the only movie with daytime showings that was remotely tempting; and, we just wanted to get out of the house. It suited the purpose. And, while I understood some of the criticism, my overwhelming thought was . . . well, after all, it's a movie made from a comic book. Neither of us expected it to be any more than what it really is - a comic book brought to life. We had fun.

I'm only about 80 pages into The Pearl Diver by Sujata Massey and I found it a little difficult to put down, last night. Since I'm anxious to read something amusing - or, at least, light - Stevi Mittman's Whose Number is Up, Anyway? will be thrown into the mix, tonight. It's an advanced reader; I've read earlier entries in the series and absolutely loved them, so I think this is the right moment for an upper by Stevi.

Hope the Americans have a safe and enjoyable Memorial Day weekend and wishes for a lovely weekend to the everyone else!
Posted by Bookfool at 4:58 PM